Potassium bromate, potassium iodate in bread: This is how they can affect your health!

Evidence about the health effects of potassium bromate and potassium iodate are mounting. 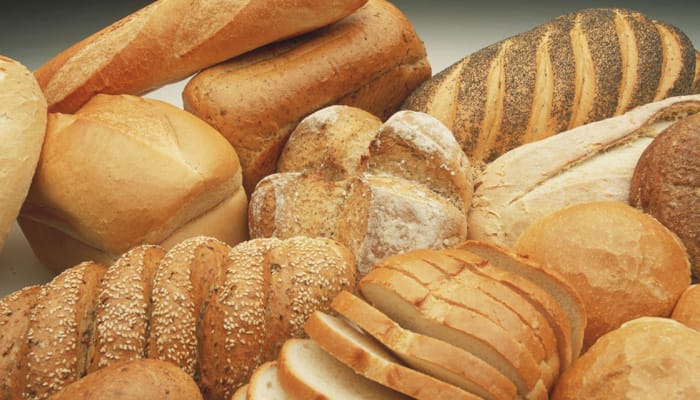 New Delhi: Raising new health concerns, a new study by Centre for Science and Environment (CSE) has found that 84% of bread and bakery samples collected from the national capital contain residues of potassium bromate (KbrO3) and potassium iodate (KIO3) or both.

According to the International Agency for Research on Cancer (IARC), there was sufficient evidence that showed the carcinogenicity of potassium bromate.

The chemical was found to cause - renal tubular tumours (adenomas and carcinomas) thyroid follicular tumours peritoneal mesotheliomas in laboratory animals.

Similarly, potassium iodate is ​not recommended as a flour treatment agent in several countries due to possible higher intake of iodine.

Studies showed that both insufficient and excessive iodine can lead to thyroid disorders, and hypo- and hyperthyroid status in humans, thereby increasing the risk of thyroid cancer.

Although, evidence about the health effects of potassium bromate and potassium iodate were mounting, KbrO3 and KIO3 - both are chemical food additives – which according to Indian food regulations, can be used as flour treatment agents.

Considering that both the chemicals can cause cancer, CSE recommended that FSSAI should prohibit the use of potassium bromate and potassium iodine in making bread and bakery products with immediate effect.

The Delhi-based public interest research and advocacy organization​ also stressed that BIS should amend relevant available standards to would ensure that both the chemicals are not allowed as improver/flour treatment agents in bread and bakery products.

King Charles covered his head and sat on the floor for Kirtan; Monarch’s visit to Gurudwara

Know what Himachal Chunav Result will hold for Congress and BJP

Rampur Bypoll Results 2022: BJP ahead by 43 seats in early trends