Watching too much violence on TV linked to irregular attention 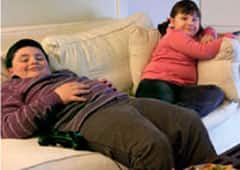 The researchers used psychological testing and MRI scans to measure mental abilities and volume of brain regions in 65 healthy males with normal IQ between the age of 18 and 29, specifically chosen because they were not frequent video game players.

Lead author Tom A. Hummer, Ph.D., assistant research professor in the IU Department of Psychiatry, said the young men provided estimates of their television viewing over the past year and then kept a detailed diary of their TV viewing for a week. Participants also completed a series of psychological tests measuring inhibitory control, attention and memory. At the conclusion, MRI scans were used to measure brain structure .

"We found that the more violent TV viewing a participant reported, the worse they performed on tasks of attention and cognitive control," Dr. Hummer said.

"On the other hand, the overall amount of TV watched was not related to performance on any executive function tests," he said.

Dr. Hummer noted that these executive functioning abilities can be important for controlling impulsive behaviors, including aggression.

The study is published online in the journal Brain and Cognition.