The BJP is likely to win nearly 60 to 65 seats out of the total 182 seats in the assembly. 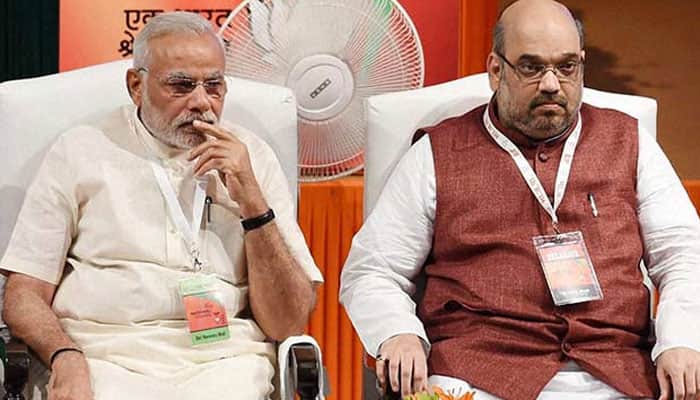 New Delhi: BJP may not do well and lose Gujarat if elections are held in state in the present circumstances, a fresh internal survey conducted by party's ideological mentor RSS has concluded.

According to reports, the BJP is likely to win nearly 60 to 65 seats out of the total 182 seats in the assembly.

The survey was conducted by RSS to gauze people's mind after an agitation broke out to protest flogging of Dalit youths over skinning of dead cow in Una.

The survey, carried out over a period of two weeks following the breakout of Dalit agitation, was done using ground-level pracharaks of the RSS who are trained to take feedback from people.

The survey also pointed at polarisation within the Hindu votebank of the BJP with Dalits gravitating away from the saffron party.

It is believed that Chief Minister Anandiben Patel was convinced by top RSS leadership of Gujarat to step down after showing her the findings of the survey.

It is no wonder that Leader of the Opposition Shankersinh Vaghela, himself a staunch RSS pracharak and a senior BJP leader before he joined the Congress, expressed confidence on Tuesday that his party was ready to battle it out on the hustings at shortest possible notice.

The survey paints a grim picture for the BJP in 2017 Assembly polls with heavy losses in 18 Assembly segments due to Patidar and Dalit agitations.

The survey says even tribals are gearing up for launching own agitation seeking government jobs or land allotments.

An earlier report by the RSS pointed out that the BJP lost as many as 104 seats in the December 2015 Panchayat elections due to escalating Patidar agitation.

While the party managed to absorb the impact of Patidar agitation in urban pockets, it gave up much ground in rural pockets during the Panchayat elections.

What set panic bells ringing in the RSS was Muslims coming out and supporting the Dalit cause at common platforms across Gujarat.

Top 50: Last day of campaigning for the second phase.

Weeds spread in TMC leader's house due to bomb blast

Rashifal Today: Know how will be your day?

Today is the last day of campaigning for the second phase in Gujarat.

Karnataka-Maharashtra dispute once again over Belagavi, two ministers of Maharashtra will visit today