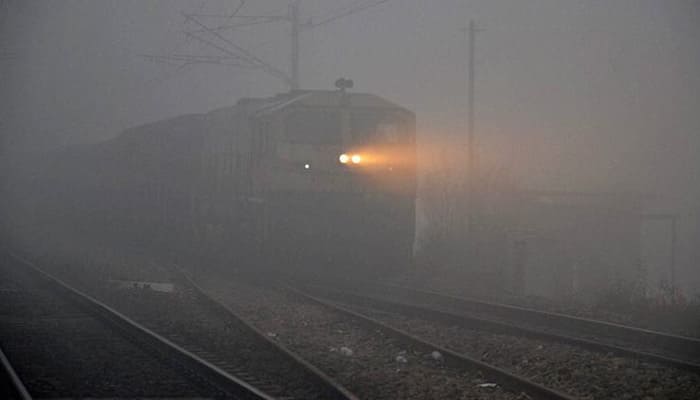 As many as 94 trains are running late by several hours while two were cancelled and 16 others rescheduled due to heavy fog.

Flight operations at the Indira Gandhi International Airport, however, were not affected in the morning, airport officials claimed.

Visibility at 5.30 am was 400 meters, which dropped to 100 meters at 8.30 am, the IMD said, similar situation will continue for at least two more days.

"The sky will remain clear in the day with dense to very dense fog in the morning," an official of the India Meteorological Department (IMD) told IANS.

According to the weather office, the maximum temperature was likely to hover around 23 degree Celsius, and the humidity at 8.30 am was 97 per cent.

Besides, Delhi-NCR region parts of Uttar Pradesh and Punjab were engulfed under a thick blanket of fog.

The Delhi International Airport Limited (DIAL) on Tuesday announced its preparedness in tackling the fog season at the IGI airport, to ensure continuity of flight operations during the low visibility period during winter.

The three runways at the IGI Airport-- 28, 29 and 11 -- are certified for CAT III B operations, which would allow landing of the compliant aircraft with visibility as low as 50 metres, while aircraft can take off with visibility of 125 metre.