Give us 3 temples, keep 39,997 mosques: Subramanian Swamy to Muslims 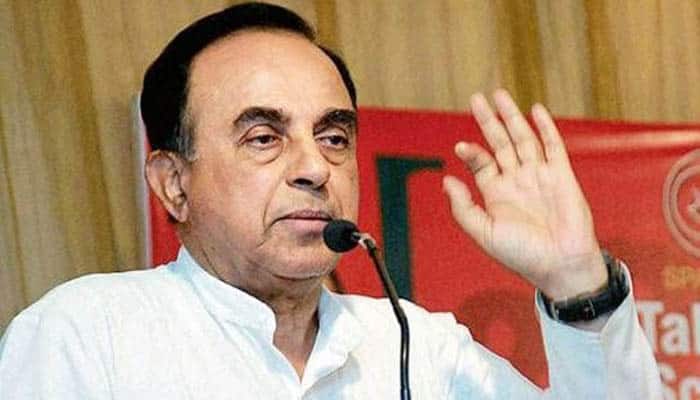 New Delhi: Senior BJP leader Subramanian Swamy, who has his hands deep in the Ram Temple construction issue, courted another controversy on Sunday by offering Lord Krishna's package to Muslims - 'Give us 3 temples and keep 39,997 masjids'.

Swamy had earlier said that the issue surrounding the construction of the Ram Temple in Ayodhya should not be seen as a 'political stunt'.

"Suppose we don't do it this year, the next year is the election and then we have to do it the following year which is 2018. Then you will say it is for the Lok Sabha elections. Every year there is an election. So, we can't stop our activities just because there is going to be an election," Swamy told ANI.

He also lashed out at those opposing a seminar on Ram Janmabhoomi in the Delhi University campus yesterday and dubbed the protests as 'intolerance'.

The National Students' Union of India (NSUI) members on Saturday staged a protest outside the Vice Chancellor's office against the Delhi University's decision to allow a seminar on Ram Janmabhoomi temple.

Manish Tewari is 'jobless' these days, should read my book: VK Singh on troops movement