Those who trampled upon democratic norms have been defeated: Sonia Gandhi on Arunachal verdict

Hours after the Supreme Court ordered the restoration of the Nabam Tuki government in Arunachal Pradesh, Congress president Sonia Gandhi on Wednesday hit out at the Central government saying those who had trampled upon democratic norms have been defeated. 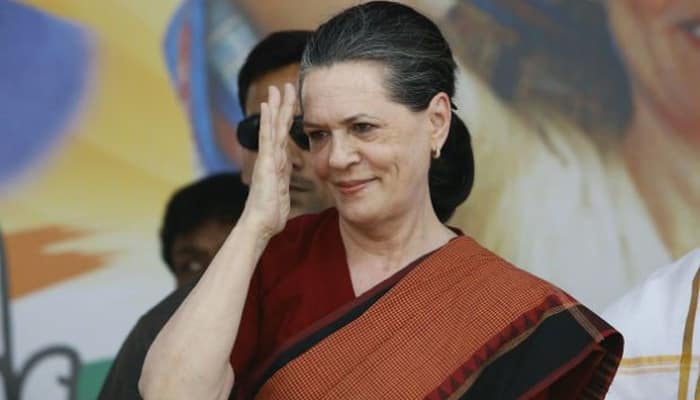 New Delhi: Hours after the Supreme Court ordered the restoration of the Nabam Tuki government in Arunachal Pradesh, Congress president Sonia Gandhi on Wednesday hit out at the Central government saying those who had trampled upon democratic norms have been defeated.

Welcoming the apex court's “historic verdict reinstating the democratically elected and unconstitutionally removed government in Arunachal Pradesh”, Sonia expressed hope that the judgement will deter the Narendra Modi government at the Centre from further “misuse of power”.

Lauding the SC verdict “which firmly establishes democratic values enshrined in the Constitution”, the Congress chief stated, “Those who had trampled upon constitutional propriety and democratic norms have been defeated today.”

Congratulating the people of the northeastern state, Sonia said the Congress would continue its fight to strengthen democracy and safeguard federal structure of the country.

Dealing a blow to the Centre, the SC earlier today directed the restoration of ousted Chief Minister Nabam Tuki as it quashed Arunachal Pradesh Governor Jyoti Prasad Rajkhowa's decision to prepone the Assembly session from January 2016 to December 2015.

In a unanimous verdict, a Constitution bench of Justices JS Khehar, Dipak Misra, Madan B Lokur, Pinaki Chandra Ghosh and NV Ramana directed the restoration of the status quo ante as it existed on December 15, 2015, effectively bringing back Tuki as chief minister.

The Constitution bench also quashed the direction of Governor Rajkhowa on the manner and the order in which the preponed session of the state Assembly conducted its business.

Rajkhowa had asked the Assembly to take up a resolution seeking the removal of Nebam Rebia as Speaker as the first item and also directed the Speaker not to tinker with the composition of the Assembly despite his powers under the anti-defection law.

The Constitution bench set aside "all the steps and decisions taken in pursuant to the Governor's directions" holding them as "unsustainable".

Justice Misra and Justice Lokur pronounced concurring judgements giving their own reasons to agree with the main judgment pronounced by Justice Khehar.

Justice Lokur held that Deputy Speaker Nabam Rabia could not have reversed the decision of the Speaker disqualifying 14 rebel Congress legislators who had made common cause with the BJP to topple Tuki.