Bhujbal lodged in barrack he once constructed as minister, eats home food with Peter Mukerjea 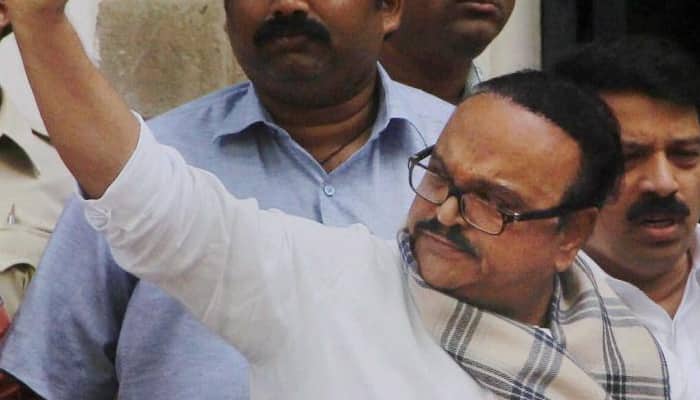 Bhujbal, who is lodged in one of the cells of Barrack No 12 whose construction was approved by the NCP leader in 2008 when he was the Public Works Department (PWD) minister, was arrested in March in connection with money-laundering cases.

The former Maharashtra Deputy CM shares the barrack with NCP leader Ramesh Kadam, an accused in a multi-crore corporation scam, and Peter Mukerjea.

After 26/11 terrorist Ajmal Kasab's hanging in November 2012, the barrack has been divided into various cells. In an irony of fate, Bhujbal occupies one of the cells of the barrack, which is considered as the most secure zone, since he was remanded on March 17 in the hawala scam case.

The NCP leader is sharing a good rapport with Peter Mukerjea, who shares his home-made food with Bhujbal.

Notably, a court had rejected Bhujbal's application for home food.

Mumbai gets its first-ever AC local