Former Pakistani interior minister Rehman Malik and PML-N MP Ramesh Kumar Wakwani were at the receiving end of passengers' indignation at Karachi's Jinnah International Airport, where the two leaders were blamed for having delayed the take-off by more than two hours, booed and barred from boarding the flight. 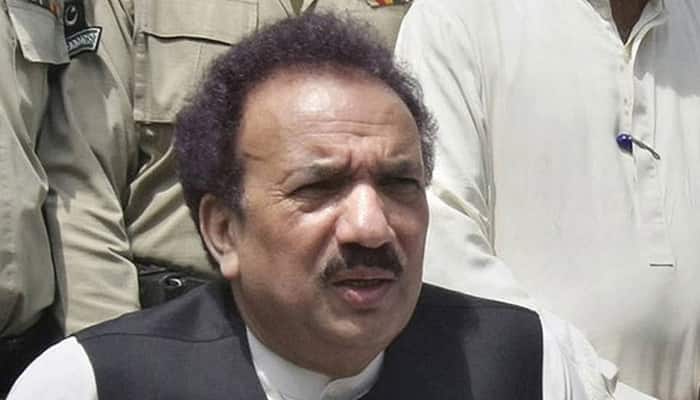 Islamabad: Former Pakistani interior minister Rehman Malik and PML-N MP Ramesh Kumar Wakwani were at the receiving end of passengers' indignation at Karachi's Jinnah International Airport, where the two leaders were blamed for having delayed the take-off by more than two hours, booed and barred from boarding the flight.

Pakistan International Airlines PK-370 was scheduled to leave Karachi for Islamabad at 7 pm, but it was reportedly delayed for more than two hours and some 220 passengers were kept waiting.

According to the Dawn, the national carrier has suspended two of its employees for the delayed take-off.

PIA spokesperson Mashood Tajwar confirmed that initial delay was due to technical difficulties, but further delay was unnecessary and hence shift manager Nadeem Abro and terminal manager Shehzad have been suspended, added the Dawn.

A video showing the leaders getting booed and questioned by the passengers, has gone viral online, triggering a debate on "the VIP culture" in the country.

In the video, Rehman Malik is seen being stopped and questioned by furious passengers. When Malik approaches the jetway connecting the terminal to the aircraft, he is confronted by irate PK-370 passengers who ask him to apologise for the delay

"Malik sahab, you are not a minister any more. And even if you are, we don't care... anymore," an angry passenger was heard as saying in the video.

However, the former leader has defended himself on Twitter, denying his role in the delayed take-off.

Rehman attributed the delay to technical reasons, and said he should not be linked to the PML-N leader.

I hv right to defend myself agst the allegation.PK370 /1900hr was delayed b/c tech reasons/was expected to leave at 2030. So no delay for me

Why am I being linked with PMLN minister.i saw the noise with the minister and decided not to go on the flight as One PTI worker was yelling

Rehman, who was barred to board the flight PK-370, later took another flight PK 300, which too was delayed for 50 minutes.

am now leaving by pk 300 and now in the plane.50 minutes delay has been announced who shd be blamed for this delay.PIA or me?Obviously PIA