Indian space agency ISRO is all set to launch its first space observatory 'Astrosat' aimed at studying celestial bodies on board a PSLV rocket on September 28. 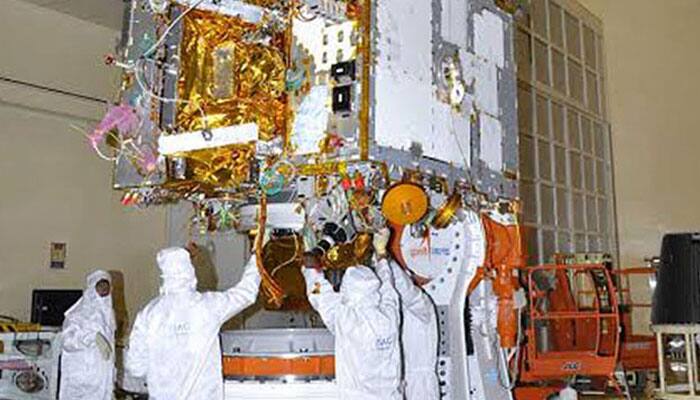 Bengaluru: The Indian space agency ISRO is all set to launch its first space observatory 'Astrosat' aimed at studying celestial bodies on board a PSLV rocket on September 28.

ISRO's PSLV-C30 will carry the 1.5 ton satellite to place it into a 650-km orbit following its takeoff from the Satish Dhawan Space Centre, Shriharikota, at 10 am on September 28, Monday.

According to ISRO, six customer satellites - one satellite each from Indonesia and Canada, and four nano satellites from the US will ride along with ASTROSAT.

These satellites have already arrived and those preparations are going on.

“The mission envisages an earth orbiting scientific satellite with payloads capable of simultaneously observing the universe in the visible, ultraviolet and X-ray regions of the electromagnetic spectrum,” an Indian Space Research Organisation (ISRO) official was quoted as saying.

The scientific payload has a total mass of 750 kg and contains six instruments - four X-ray payloads, one UV telescope and a charge particle monitor.

The multi-wavelength observatory will study distant stars, white dwarfs and pulsars. However, the mission's main goal is to study the massive black hole believed to be existing at the core of the Milky Way.

With this, India will become the fourth country in the world to have launched a space observatory after the US, Russia and Japan.