The US and Russia have been trying to negotiate a ceasefire in the war-torn nation, but Secretary of State John Kerry said "the bombing of Aleppo right now is inexcusable", NBC news reported. 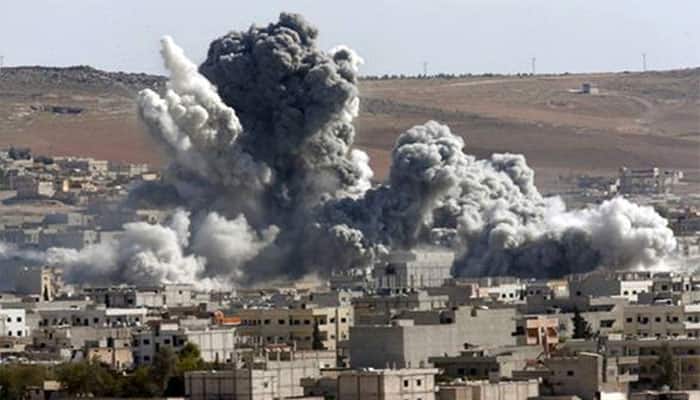 Washington: The US was on Friday on the verge of ending its Syria discussions with Russia over continued bombings in Aleppo city, in which at least 400 persons were killed in the last eight days, an official said.

The US and Russia have been trying to negotiate a ceasefire in the war-torn nation, but Secretary of State John Kerry said "the bombing of Aleppo right now is inexcusable", NBC news reported.

"I think we are on the verge of suspending the discussion because it`s irrational in the context of the type of bombing taking place," Kerry said at an event in Washington, D.C. on Thursday.

Kerry on September 9 announced that the US and Russia had reached a ceasefire agreement that could lead to joint military coordination between the two nations against terror groups like the Islamic State (IS) if the cease-fire held for seven days.

Under the agreement, Russia was to ensure the Syrian government led by President Bashar al-Assad stuck to the ceasefire, Kerry said at the time. But the ceasefire had been repeatedly breached, and Syria`s military had launched a massive new offensive to take back control of rebel areas.

On Wednesday, two hospitals in rebel-held Aleppo were hit by airstrikes, killing at least two persons and had affected medical services in the area, medical officials said.

Kerry in a phone call to Russian Foreign Minister Sergey Lavrov warned that the US needed to see "immediate steps to end the assault on Aleppo" or the US would start "making preparations to suspend the US/Russia bilateral engagement on Syria", State Department spokesperson John Kirby said.

Lavrov said the US needed to fulfil its role under the deal of ensuring moderate opposition groups stick to the ceasefire, NBC reported.

"Quite a few anti-government units that Washington calls `moderate` have not merely refused to carry out the September 9 Russian-US agreement on consolidating the truce ... but are merging with Jabhat al-Nusra and continue fighting against the Syrian army side by side with this al-Qaeda affiliate," Russia`s Foreign Ministry said in a statement.

Syria`s government has ignored calls to halt its offensive in Aleppo. The bruising campaign has been called the worst bombardment since the civil war erupted.