As athletics` Diamond League prepares to create a trimmer look for 2020, Christian Taylor worries about the future of the event in which he has won five gold medals. 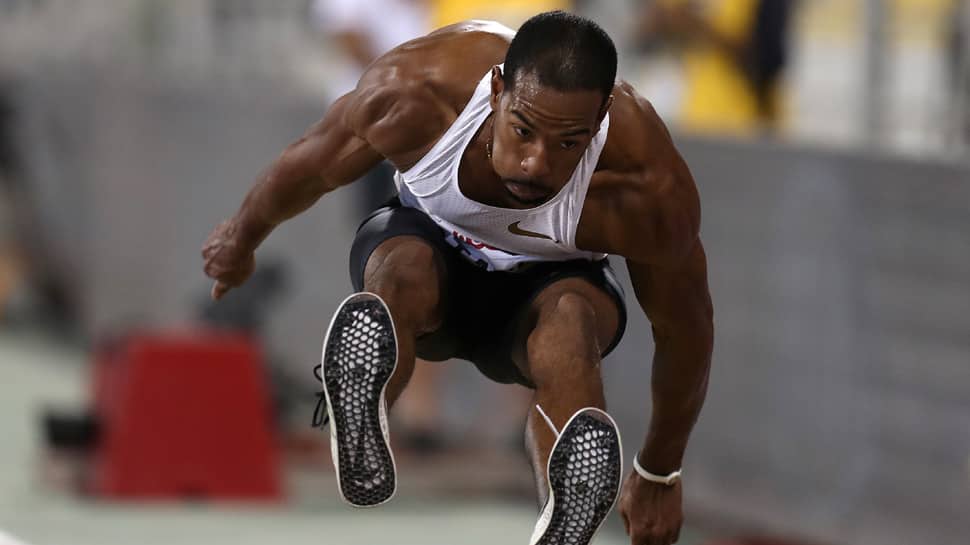 As athletics` Diamond League prepares to create a trimmer look for 2020, Christian Taylor worries about the future of the event in which he has won five gold medals.

"Speculation is rife," the double Olympic and three-times world champion told Reuters."The men`s triple jump is one of eight events that could be cut from the global circuit," he added.

The International Association of Athletics Federations (IAAF) said no decision has been made whether 24 disciplines (12 male/12 female) will be part of the 2020 Diamond League and none will be made until after this season.

But Taylor, who owns the second-longest triple jump ever and will be competing in London on Saturday, is worried. He has already seen Diamond League opportunities for jumpers and throwers cut from seven to five meetings per season.

"Financially it is huge and the biggest paying series in our sport," the American said via telephone from Vienna on the possibilities of eliminating triple jump as a Diamond League event.

"It would be a very large hit if you weren`t able to compete in that," he added. So large that retirement might come early if he were unable to make a living in other events such as the 400m which he has tried in non-championship years.

The IAAF has said it wanted to create a Diamond League programme that would fit in a 90-minute broadcast window. The global governing body announced in March that beginning in 2020 the 3,000 metres would be the longest track event in the official televised programme.

But individual meetings could still include any event they desire on a wider programme, outside the televised window. The format will be reviewed at the end of each season and Taylor would like to know more.

"If the triple jump is out, don`t just tell me that it is out," he said.

"(Tell me) Hey, the reason we have made this decision based on A, B and C. If this is what it is, I can say, Hey, thanks for trying...Now I can go and execute another plan," the American added.

To help athletes better understand the evolving world of athletics, the IAAF is continuing a series of athletes` forums where all subjects can be discussed.

"Whether they go through with it or not, it (dropping the triple jump) is something that is going to be on the back of all the jumpers` minds going forward and that is not an easy position to be in," Taylor said.