The reward amount for the gold medalists has been raised to Rs 1 crore from Rs 20 lakh. 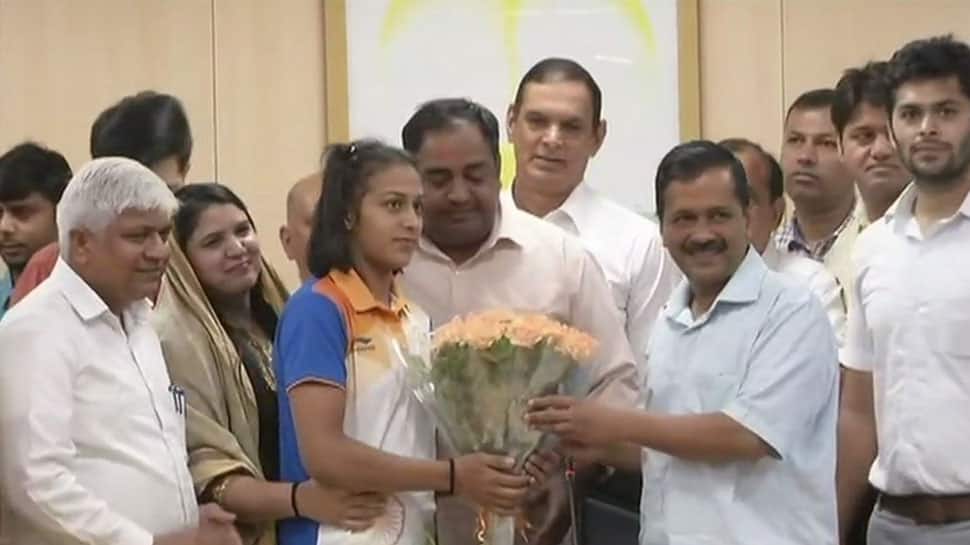 New Delhi: In a welcoming gesture, Delhi Chief Minister Arvind Kejriwal on Tuesday announced that the reward amount for the winners of the 18th edition of Asian Games has been increased for the champions in all the category.

The Delhi CM also assured employment for all the winners of the Asian Games.

Earlier on August 28, the Haryana government had also announced rewards for Indian sportspersons who have brought laurels to the country at the Asian Games. Haryana Sports Minister Anil Vij declared that the members of Indian contingent would be given jobs by the government.

As per Anil Vij’s announcement, the winners of gold medals would be given jobs in Haryana Police Services and Haryana Civil Services. The gold medallists will be given Rs 3 crore cash reward as well.

Those winning silver medals will be given Rs 1.5 crore and class 1 government jobs. The bronze medallists will get a cash reward of Rs 75 lakh.

With 15 gold, 24 silver and 30 bronze, India's medal tally stood at 69, a step up from Incheon four years ago when they won 65.
India equalled the 15-gold tally of the 1951 inaugural Games but the country had never won 24 silvers before. Overall, India maintained its top-10 rank by finishing eighth yet again.