Hima had previously registered a timing of 50.79 seconds at the Asian Games last year which had been her season-best performance till now. 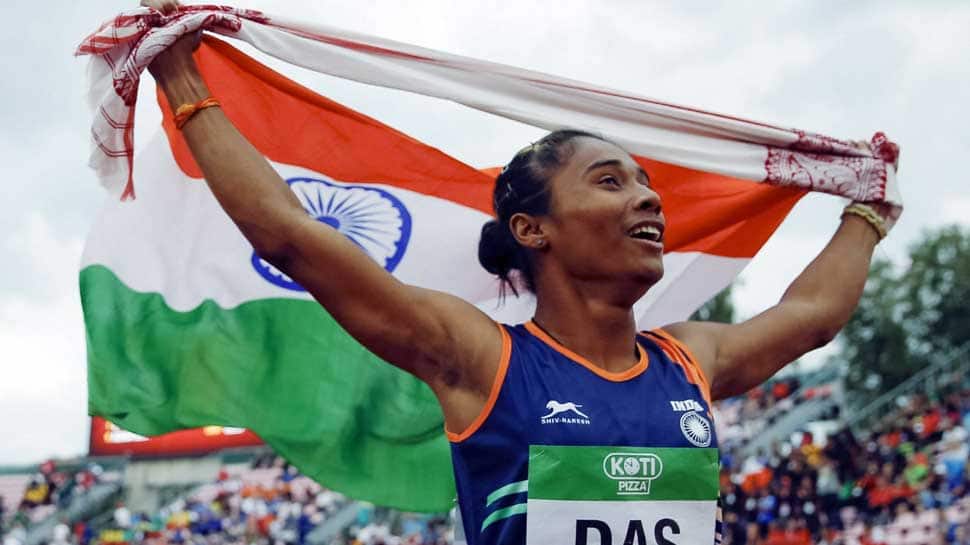 Hima Das on Saturday recorded her fifth gold in July during a 400-metre race at the Czech Republic having recorded a timing of 52.09 seconds on the clock, which is a season-best for the athlete in the 400-metre event.

Hima had previously registered a timing of 50.79 seconds at the Asian Games last year which had been her season-best performance till now. Second-placed sprinter VK Vismaya finished with a timing which was less than 53 seconds.

The 19-year-old is competing in the 400-metre discipline for the first time since she failed to complete the 400-metre race in April during the Asian Athletics Championship.

Hima has failed to qualify for the World Athletics Championships set to be held in the last week of September, following a qualification mark set as 51.80 seconds. However, the 19-year-old athlete's timing of 52.09 seconds is a new meet record in itself.

The sprinter's coaching staff have further confirmed that the 400-meter metre event will be the category which Hima will look to specialize in with the soon-approaching 2020 Olympics in mind.