Davis fired high over the crossbar on a night of few clear-cut chances that ensured Northern Ireland`s only hope of reaching the finals would be through the playoffs. 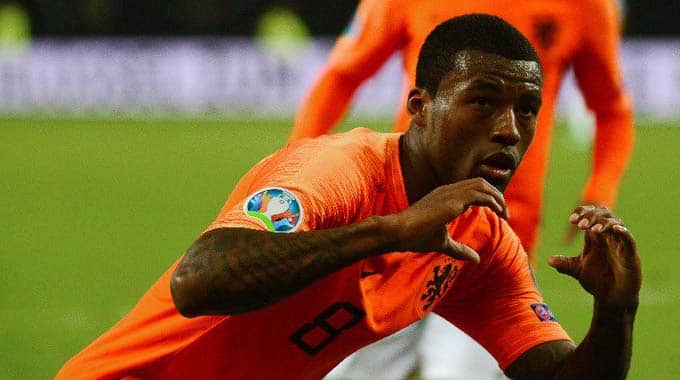 Netherlands booked their place at Euro 2020 with a 0-0 draw against Northern Ireland, whose hopes of automatic qualification slipped away as their captain Steven Davis missed a penalty in the Group C encounter at Windsor Park on Saturday.

Davis fired high over the crossbar on a night of few clear-cut chances that ensured Northern Ireland`s only hope of reaching the finals would be through the playoffs.

Germany lead the group with 18 points from their seven matches, two clear of the Netherlands with the Irish in third on 13.

Northern Ireland cannot overtake the Dutch in the final round of group games due to their inferior head-to-head record.

The Dutch were without two of their most influential recent performers as forward Memphis Depay and midfielder Georginio Wijnaldum were sidelined.

They were almost in early trouble as goalkeeper Jasper Cillessen was too casual and was caught in possession by Gavin Whyte, but the home forward could not control the ball and turn it into the empty net.

Minutes later and the Netherlands should have been in front when Quincy Promes danced his way past two defenders to the byline, but his inviting cut-back was miscued by Steven Berghuis as the ball looped onto the crossbar from six yards.

The home side were awarded a penalty on the half-hour mark when Paddy McNair’s cross into the box struck the arm of defender Joel Veltman, but the experienced Davis ballooned his spot-kick well over the crossbar.

The second half was all about Dutch possession, starving the home side of the ball and ensuring they got the point they needed to reach the finals next June.