NCB is keen on retrieving Bollywood actress Ananya Panday's deleted WhatsApp chats and other details which might be of some use in the probe. She has been called to join the probe again on Monday. New Delhi: Bollywood actress Ananya Panday was grilled for nearly 4 hours on October 22, 2021, by the Narcotics Control Bureau (NCB) at their office in Mumbai and has been called again on Monday to join the probe. The actress was probed after some WhatsApp chats between her and Aryan Khan surfaced.

According to sources close to NCB, it has been learnt that as many as 7 electronic gadgets belonging to Ananya Panday have been seized and sent to the Forensics Department for investigation. This includes her mobile phones, laptops etc.

With the help of forensics, NCB is keen on retrieving deleted WhatsApp chats and other details which might be of some use in the probe. If this retrieved data is gathered by Monday then the actress might be quizzed based on the information. 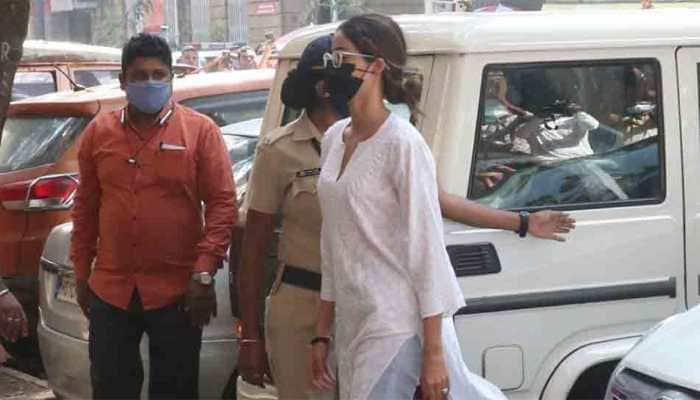 It has also been learnt that the NCB will not just question Ananya regarding the WhatsApp chats but also ask her about some suspicious financial transactions, statements recorded by the accused in drugs case, and information based on electronic devices.

The NCB officials have summoned the actress to join the probe on Monday, October 26, 2021, at 11 am.

Earlier, the anti-drug agency found WhatsApp chats between Aryan Khan and Ananya where they are discussing Ganja. The source revealed that Aryan in one of his chats asked Ananya, 'if Ganja can be arranged?' to which the young actress replied saying that she will arrange.

However, when quizzed over this chat, Ananya Panday clarified that it was just a joke and nothing else.

According to sources close to NCB, the anti-drug agency has found a couple of other chats between the two where they are talking about narcotic substances on different occasions.

Meanwhile, Aryan Khan will have to stay in Mumbai's Arthur Road Jail, at least for 4 more days as the Bombay High Court has decided to hear his bail plea in the drugs case on October 26, 2021. Aryan Arbaaz Merchant and Munmun Dhamecha's bail applications were rejected by Mumbai’s Special NDPS Court on Wednesday, October 20.