Dawood Ibrahim had vision to make his gang into company: Ram Gopal Varma on his latest release D Company

Bollywood director Ram Gopal Varma recently opened up about his new film 'D Company' based on Dawood Ibrahim and his fascination with human behaviour. 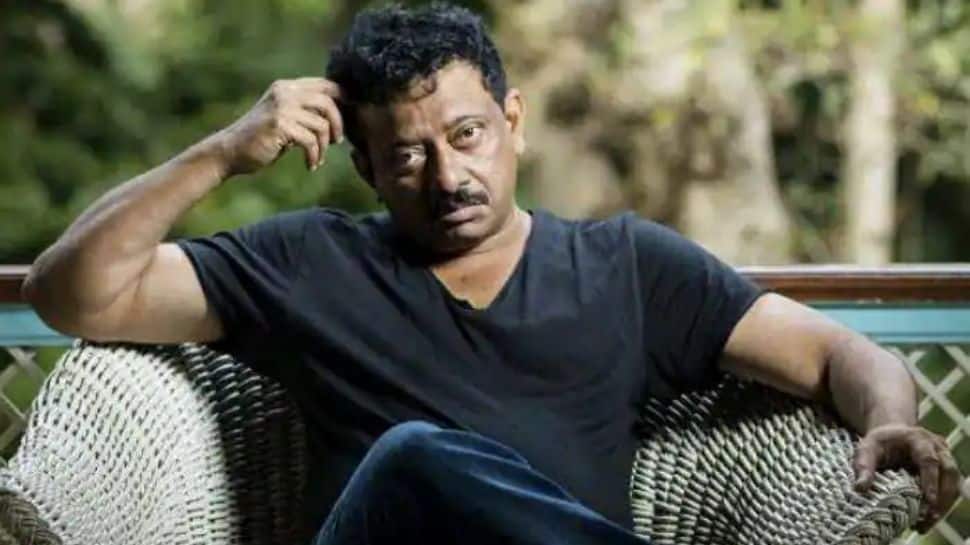 New Delhi: Renowned film director Ram Gopal Varma recently launched his OTT platform 'Spark OTT' and released his digital film 'D Company' on Saturday (May 15). The film is based on how the controversial gangster Dawood Ibrahim and his sidekick Chhota Rajan ruled the city of Mumbai in the 80s. Varma has often been a part of controversies and the audience is divided on the dark, grim gangster genre that he chooses to indulge in commonly.

Despite all criticism, he has stayed true to himself and never minced his sentences in order to please others. On the occasion of the release of his new film and OTT platform, Varma spoke about his latest film, inspiration behind the platform and views on social media in an interview with DNA.

Why did you decide to create a separate OTT platform for your upcoming outings?

See, the whole point is, today we have a certain technology available, where I, as a filmmaker can exactly do what I feel, what I believe, maybe in exactly the target audience to be interested in that kind of film. So when you go through another OTT, you're probably when the theatre is lost in translation, because there are so many things that come in between.

Like in a theatre, you have a certain group experience, probably on a one-to-one level, what you would like to enjoy will be very different compared to sitting in front of 200 people. Then the other OTTs will also have their own sensibilities, their own policies, what kind of audience they want to keep. Today, we have a technology available where we can continuously make films, we can have our own outlet, like having your own restaurant.

When did this plan come about of starting your own OTT platform?

I've been thinking about this for quite some time, actually, even much before the pandemic hit us. But I was looking for a lot of subject matters because you need to have enough material to start something like this. So I've been collecting and gathering that for quite some time. And finally, I thought this was the right time to come out.

During the pandemic, many people rediscovered your earlier projects namely 'Rangeela', 'Satya', 'Company' and other films. What do you have to say about the impact your films have created over these years?

I would like to think, something which has made an impact at some point in time in real life, for example, a classic case, probably the upper limit example, I would think is a Godfather, which is made nearly 50 years back. Generations keep on watching it again and again. I met a young girl around 20 years old and she said she loves 'Raat'. Now, I don't think she was born when 'Raat' was made. So I think, anything which made an impact is bound to stay. This is what happens with everyday life actually, for that matter.

You have been the pioneer of bringing the underworld and more of the gangster genre into movies. What is it that you like about the genre which you have been exploring for nearly three decades now?

For me, I don't use the word the 'so-called' gangster genre. I don't think I ever thought of that word when I was making 'Satya', for example. For me, it's about people who have extreme situations and the decisions they make, what they do, makes them extreme people. It's like a chain reaction, it's like a cycle.

All of them are ordinary people, but then they involve themselves in something, it changes. So it is a study of people, the study of people's conflicts and the compulsions or the circumstances to make a study of that is how I look at the movie like 'Satya' or 'Company'. I don't label it as a so-called gangster film.

It's more of a human drama. So for example, D Company's fascinating thing about Dawood Ibrahim for me is like, in every business, whenever an entrepreneur comes, he looks at it in a vision which probably no one has ever done before. There were cheap gans in Bombay in the 1980s but Dawood had the vision to make his gang into a company which is why it's called D Company.

I don't think that is any less equal than a Bill Gates, Dhirubhai Ambani, though they are legal companies, this is an illegal company. But what it can't take away is about one man's vision can change something. I'm fascinated with people, whether they're criminals or normal people or politicians or anything that doesn't make a difference to me. I am now actually studying the breed of exotic animals.

In these many years, you have been a game-changer for many people including Manoj Bajpayee, Vivek Oberoi, Anurag Kashyap, and more. Where does your equation stand with all of them now?

No, I mean, once a while we are in touch because we're not working together, there is no reason for any of us to get in touch with each other. Probably, something Anurag sees and he messages me and I also text him. Beyond that, there's no regular aspect of meeting each other and talking, that doesn't happen at all.

Do you talk about collaborating again?

Not really, because the reason is very strong-minded and individualistic people, I don't connect to the sensibilities of Anurag to mine. During 'Satya', he was just writing, he had no choice but to write what I asked him to write because of his position at that time. Now, he has made a name for himself and he's making films. Why would he want to do that? No two strongly independent-minded people can actually collaborate and do one project, that cannot ever happen.

What about the actors?

Yeah, because I'm a director managing an actor, there won't be any conflict of interest in that case. I'm in touch with Manoj and we'll be working together.

Among your most frequent collaborators is Amitabh Bachchan, did you discuss any project with him after 'Sarkar 3'? I'm planning to do something with him. But this pandemic can completely change all plans. So unless I see a certain angle to it, at a certain time, I won't be able to revive the idea.

You are very much active on social media especially Twitter. How important has it come as a tool especially during the pandemic?

I honestly think it just makes a lot of noise and doesn't really lead anywhere. Eventually, what happens will happen,  I don't think social media by itself will ever really make a point. They made such a huge hue and cry about the Sushant Singh Rajput issue. Similarly, the whole drug racket of Bollywood then again died down. I think they just like to make a noise without even really expecting anything to happen.

When it comes to giving opinions, you call a spade a spade. There's another artist Kangana Ranaut who was recently suspended from Twitter for her tweets. What do you have to say about her posts and Twitter's decision of suspending her?

I would like to think the context and the whole point is to voice an opinion and Twitter is a private company, it has its policies and whatever it is, it also has its right. I think that happens all the time, just because it is something like Twitter has become a recent phenomenon and we are seeing it for the first time. It amounts to fast track action, that's how it seems. Like if Donald Trump can be suspended, then it can happen to anyone.