Emraan Hashmi says he has always been amazed by Poker 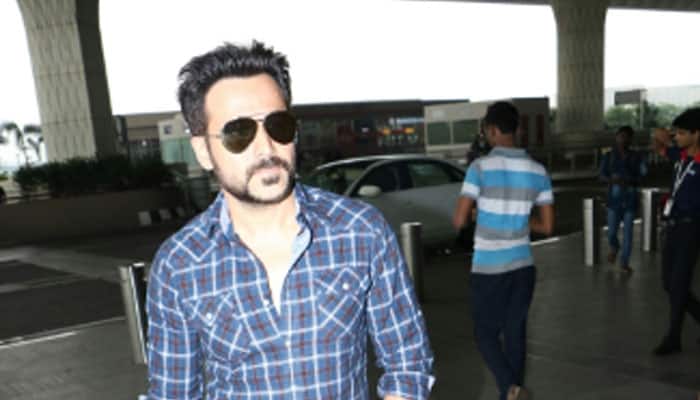 Recognising excellence in the Poker industry, the first edition of the awards will be held in Bangalore at the Grand Sheraton on September 9, 2017.

The IPC Awards will be graced by the presence of Bollywood star Emraan Hashmi, who will be the Guest of Honour for the ceremony.

Expressing his views on the association, the 'Baadshaho' star said, "I have always been amazed by Poker. Just like other sports, you need to practice it and put in efforts to hone one's skills at every step. People's mind set towards poker is changing today, it is considered a sport now."

Adding, "Recognizing the efforts and skills of these poker players, The Spartan Poker is going to host the India Poker Championship awards ceremony. I am really excited to be a part of this award show. I look forward to meet poker's renowned players and sit with them at a table and hope to learn few tricks from them while I am at it."

The actor will be seated alongside Amin Rozani, MD & Co-founder of The Spartan Poker along with other founder-directors Rajeev Kanjani, Sameer Rattonsey and Peter Abraham to present awards to the poker players.

The India Poker Championship Awards will be honoring 45 poker players across various special tournament events like the Millionaire, the Spartan Super Series, Destiny Series and of course the highlight of the evening will be the IOPC awards.

The event will also witness a rib-tickling and entertaining act by Naveen Richard along with an invigorating musical performance by popular local band, 'Zehen'. The audience will also be wowed by an exciting Cabaret performance that will conclude the evening on a high note. The stage has been set and the entire poker fraternity is invited to attend the award ceremony.

Expressing his excitement on the launch of the first edition of the IPC Awards, Amin Rozani, MD & Co-founder, The Spartan Poker said, "I am truly excited to launch the first edition of the India Poker Championship Awards. Ever since I have been a part of this industry, poker has seen immense growth, as a skill-based sport. Now that the industry is growing steadily, it's time that we honour the players who have contributed towards its success. With this property, we want everyone to know that poker is a skill-based, mind sharpening sport and encourage all the poker players across the country to continue being a part of this industry."

Humour and protest can be subtle, says Kiku Sharda