'How can I..?': Neena Gupta reveals she never spoke ill of ex-lover Vivian Richards to their daughter Masaba 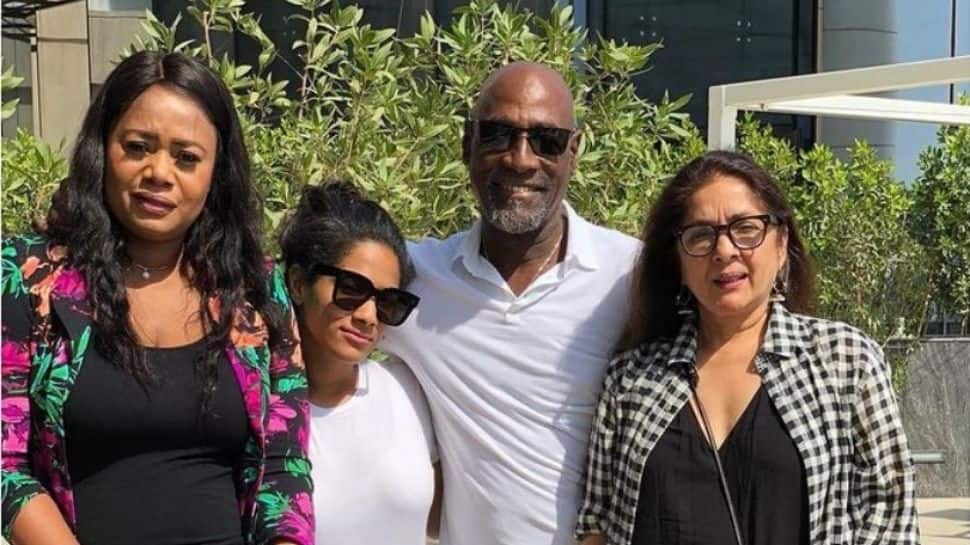 New Delhi: Veteran Bollywood actress Neena Gupta, who was recently seen in the film 'Sardar Ka Grandson', opened up about the dynamic shared between her ex-lover and her daughter's father Vivian Richards in a conversation with an entertainment portal.

When questioned on why she never fed negative information to Masaba about her father and cricketer Viv Richards, she told Bollywood Bubble that she didn't feel a need to do so. Gupta explained that she had always loved and respected Vivian and hence, couldn't bear to separate Vivian from her daughter Masaba.

She said, "I had Masaba because I loved Vivian. And if you love somebody, you can’t hate somebody like that. You may not live or do things together – woh dheere dheere pata chalta hai. But you can’t hate. Aisa toh nahi hota ki aaj love hai toh kal suddenly you hate. And how can you put this thing in your daughter’s mind about her father. I don’t want to and I don’t feel like it. I have respect for him, he respects me and so, she has respect for both of us. It’s a very simple thing."

Masaba Gupta is the lovechild of Bollywood actress Neena Gupta and former cricketer Vivian Richards. The duo started dating in the 1980s and Masaba was born in 1989. However, after Neena and Vivian parted ways, she decided to raise her daughter as a single mother. In 2008, Neena wedded Chartered Accountant Vivek Mehra. Similarly, Masaba got married to film producer Madhu Mantena in 2015 but headed for divorce in 2019.

She will next be seen in 'Goodbye' alongside Amitabh Bachchan and Rashmika Mandanna, 'Panchayat' and 'Dial 100' alongside Manoj Bajpayee and Sakshi Tanwar.

Gupta is also set to release her autobiography in June.