Kapil Sharma shared the first pictures of his baby girl on Wednesday and also revealed that he has named her Anayra Sharma. 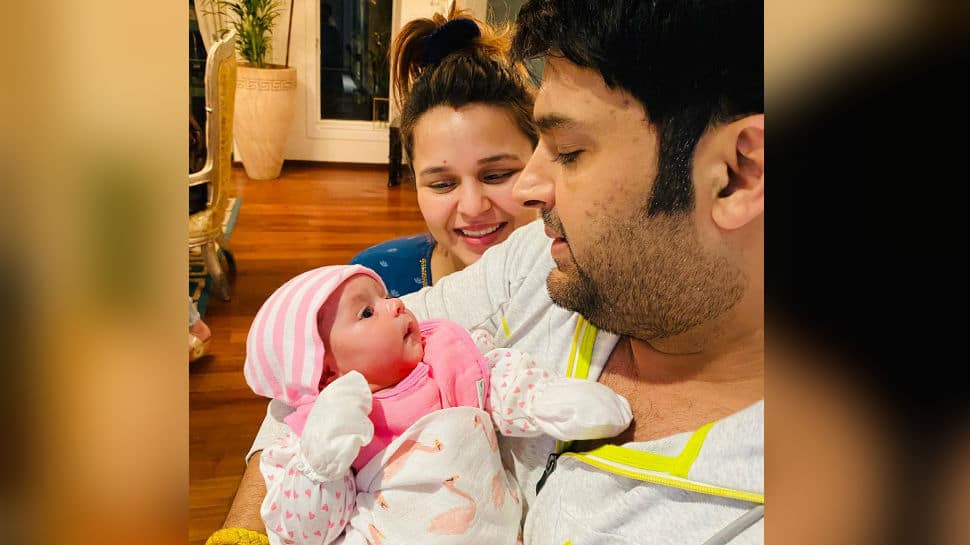 New Delhi: Minutes after actor-comedian Kapil Sharma shared the first pictures of his and wife Ginni Chatrath's newborn daughter on Instagram, the comments section of the post was full of messages for the little one and one such cute response was from actor Ranveer Singh, who shares a close bond with him and Deepika Padukone.

Kapil and Ginni welcomed their baby girl on December 10. It was only on Wednesday (January 15) that Kapil treated everyone to the baby's picture and revealed that they have named her Anayra Sharma.

In the pictures, Anayra looks totally adorable and cute as a pudding. In one of them, she is cradled in Kapil's arms and the father-daughter duo look at each other while Ginni stands beside them.

Deepika was among the first celebrities to see the picture of Anayra when she was born. Kapil had shown her the picture when she went to promote 'Chhapaak' on the sets of 'The Kapil Sharma Show'.

Kapil had announced about Anayra's birth on Twitter with a post that read, "Blessed to have a baby girl. Need your blessings. Love you all. Jai Mata Di."

Kapil and Ginni married in December 2018 in Jalandhar. They dated for a few years before tying the knot.