On Saturday (June 12), Bollywood actress Janhvi Kapoor took to Instagram to share a few snaps clicked in her lush green garden and fans can't stop drooling over her natural beauty. 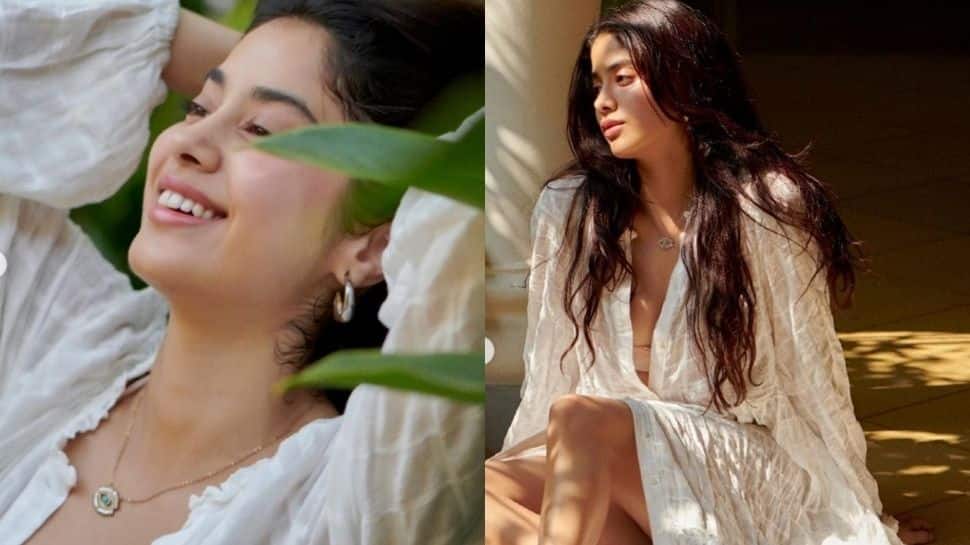 New Delhi: Bollywood actress Janhvi Kapoor has been keeping us entertained all throughout the pandemic with her stunning social media posts whether that may be dance videos or pictures from her photoshoots.

Recently, the star kid took to Instagram to share a few snaps taken in her garden where she flaunts her natural beauty and becomes one with nature. In the pictures, Janhvi is seen wearing a white linen dress giving her a rustic look and embracing the lush greenery around her.

She captioned the photo, saying, "And those who were seen dancing were thought to be insane by those who could not hear the music."

Check out her latest clicks:

On the work front, Janhvi was last seen in horror-comedy 'Roohi'. The film starred Rajkummar Rao and Varun Sharma. The film received a warm reception from one and sundry. Also, her peppy dance number 'Nadiyon Paar' became an instant hit with the masses.

Janhvi made her debut in Dharma Productions 'Dhadak' alongside Ishaan Khatter in 2018. Ever since she has managed to make a niche place for herself and amassed a huge fan base.

Before getting into films, Janhvi Kapoor flew to California to pursue an acting course at the Lee Strasberg Theatre and Film Institute.

She will next be seen in 'Good Luck Jerry', 'Takht' and 'Bombay Girl'.