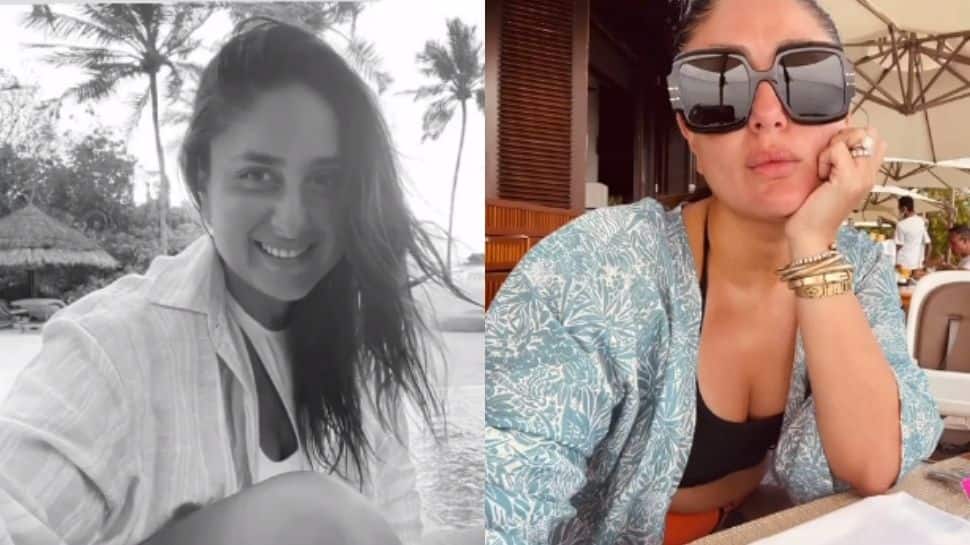 New Delhi: Bollywood stunner Kareena Kapoor is off to an exotic location for a vacation with her hubby Saif Ali Khan and kids Taimur and Jeh. The beauty has been sharing pictures from her beach-filled vacation on Instagram and fans can't get enough of them.

On Friday (September 17), she shared pics of her in a black bikini and a vermillion bottom enjoying breakfast by the ocean and then posing in front of a glass window in which her reflection was seen.

In the first picture, Kareena is seen wearing huge shades with her hair tied back. She's seen donning a black bikini and a blue caftan beach cover-up.

In the second picture, her reflection is spotted on a glass window where fans can get a glimpse of her chic beachwear. 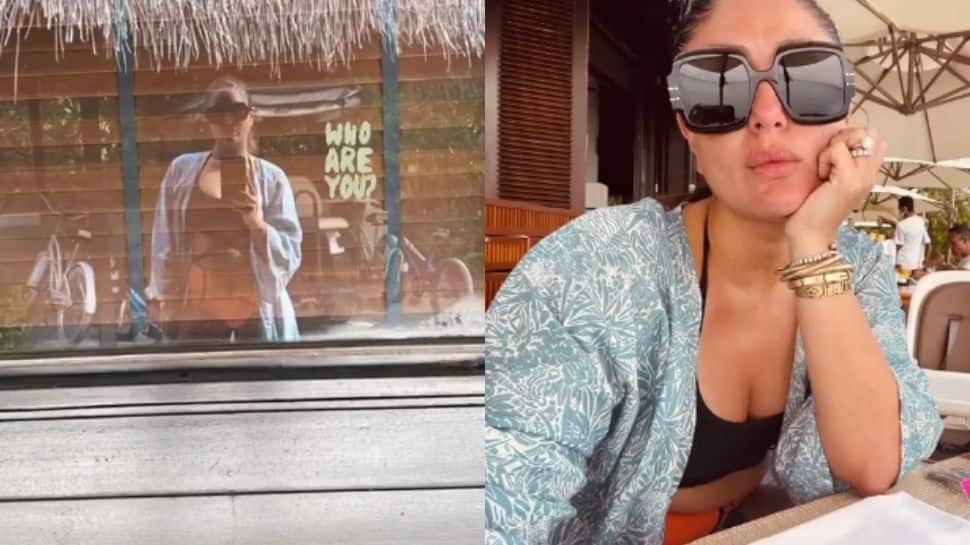 Before heading off to a tropical vacation with her family, Kareena was busy shooting for her upcoming film with Aamir Khan - 'Laal Singh Chaddha'.

Speaking of 'Laal Singh Chaddha', the film is an official adaptation of Tom Hanks starrer Forrest Gump. Earlier portions of the film have been shot in several locations including Ladakh, Kashmir, Punjab, New Delhi and Himachal Pradesh.

Besides this, the film also stars their '3 Idiots' co-star Mona Singh and Naga Chaitanya. It is helmed by Advait Chandan and slated to arrive in theatres on Christmas 2021.

Kareena will also be a part of Karan Johar's ambitious project 'Takht'.