Actress Karisma Kapoor shares a throwback photo with actor Govinda from the 1995 film 'Coolie No. 1' 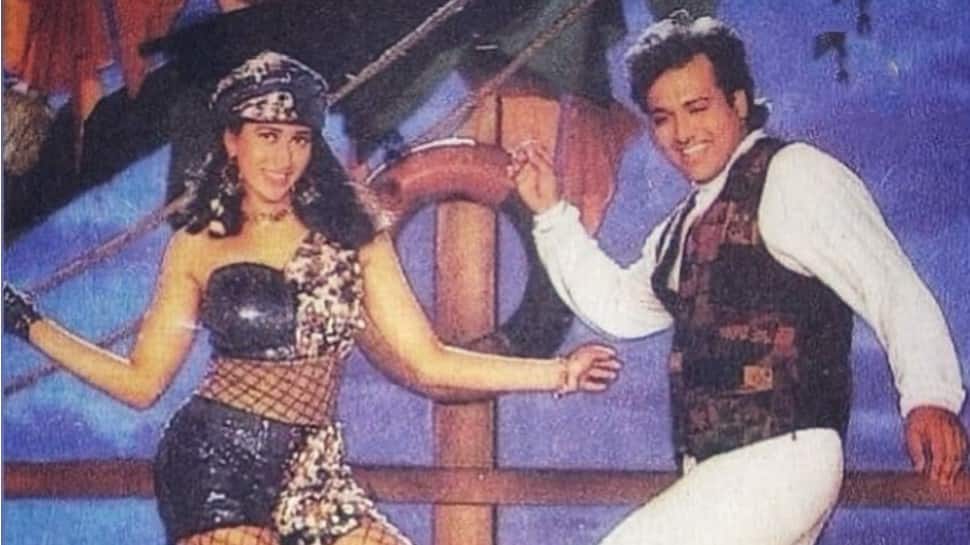 New Delhi: Taking a trip down memory lane, actor Karisma Kapoor on Friday posted a throwback picture of her character, Malti, with Govinda who played the character, Raju, from the iconic movie 'Coolie No. 1' and revealed that it was the first dance number she did with Govinda.

The David Dhawan directorial 1995 film 'Coolie No. 1' is the most iconic movie of Indian cinema which still tickles the bones of audiences and makes everyone groove on its blockbuster dance numbers.Taking it to Instagram, Karisma shared a still from the song 'Husn Hai Suhana', that featured her and Govinda in the shimmery ensemble on the dance floors.

With the picture, the 'Dil toh pagal hai' actor revealed that it was her first dance song with Govinda whom she referred to as 'Chi Chi'. The actor wrote, "the start of an amazing journey of super fun dance numbers with him and Davidji .. so many wonderful memories." Continuing with the caption, the actor also made a humorous dig at her own outfit and noted, "My outfit though me at 19 #flashbackfriday #coolieno1 #husnhaisuhana @govinda_herono1" using a smiling cat`s face with two tears emoticon.

Concluding the caption, the actor also wished success to the new team of 2020 Coolie No. 1 which stars Varun Dhawan and Sara Ali Khan as leads.

To this, Varun Dhawan commented on her post about the greatness of the 1995 released movie and her character in the film. "#iconic love u lolo," he wrote with fire emoticons.Ranveer Singh also commented, "Queen," with a crown emoticon for Karisma.Helmed by David Dhawan, Coolie No. 1- the 2020 film is a remake of the 1995 film of the same name, which will be released on 25 December 2020.