Mallika kept it simple this time with a nice little sling bag acting as an accessory. 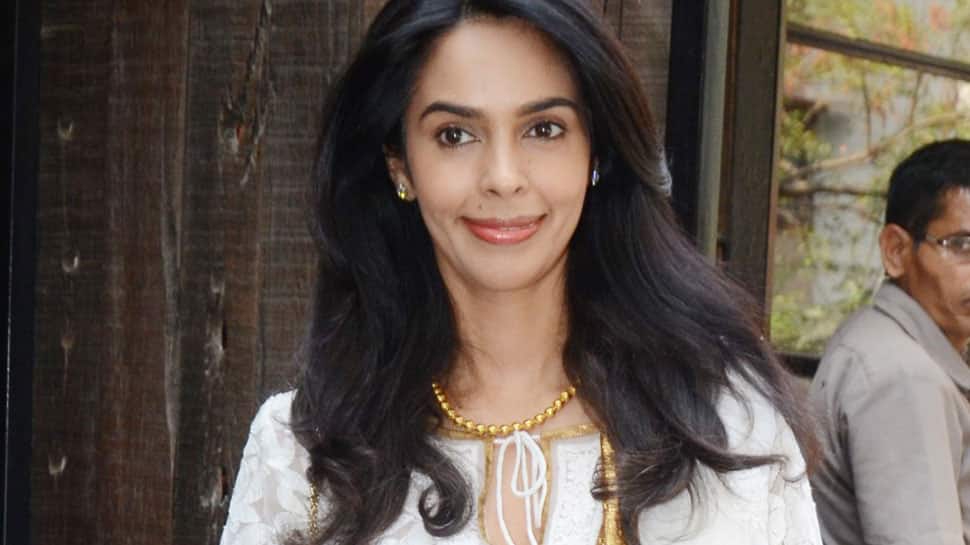 New Delhi: Popular Bollywood actress Mallika Sherawat has been missing from the silver screens for quite some time now. The actress, who forayed into Hindi cinema with a bold film 'Khwahish' in 2003, was recently spotted at a plush Mumbai restaurant and looked visibly happy.

Mallika donned a desi avatar and looked ethereal in her white churidar kurta. The actress got papped outside Indigo Delicatessen at Lokhandwala, Mumbai. She chose a pristine white coloured knee length kurta and a white churidar. The golden border added the perfect zingy effect to the outfit. 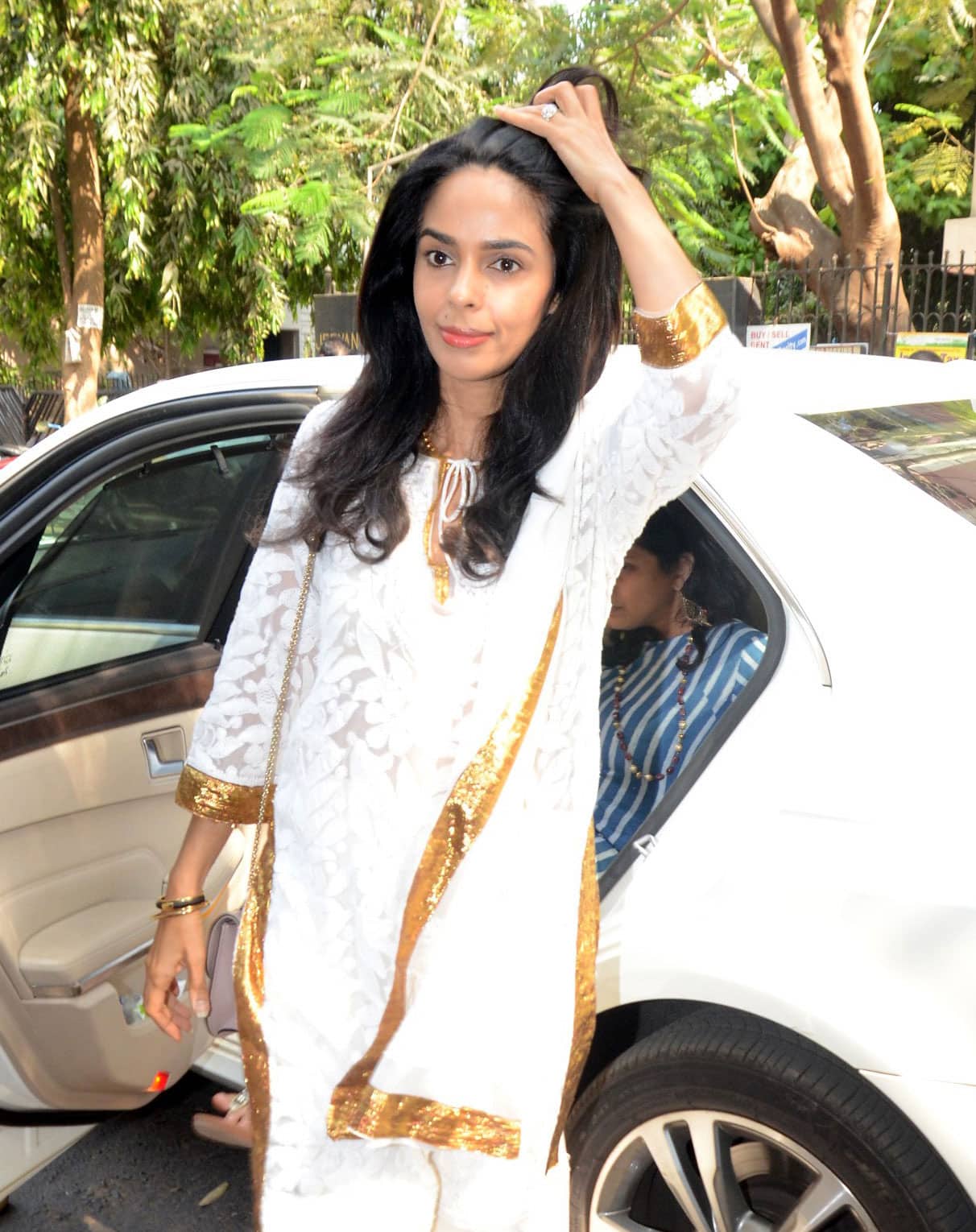 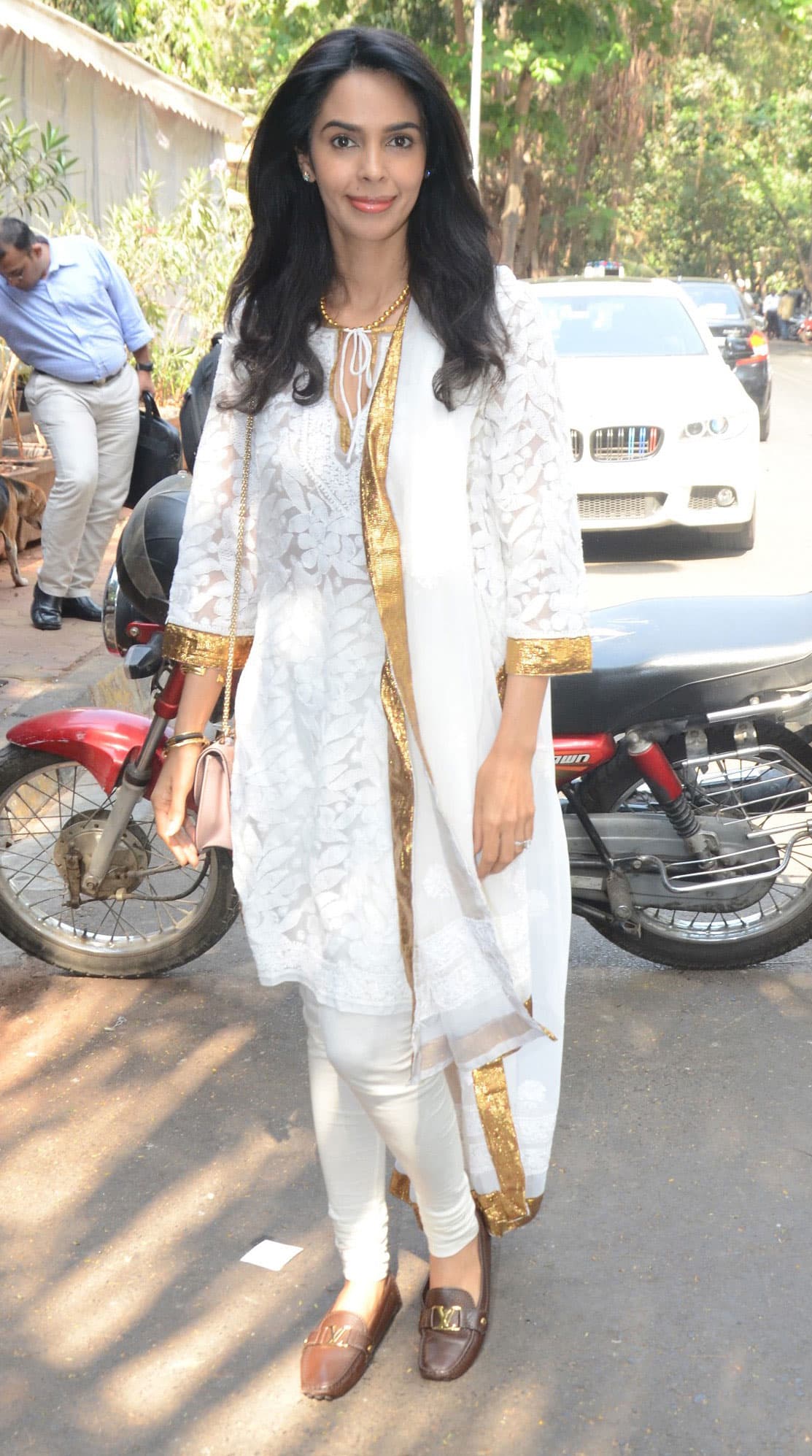 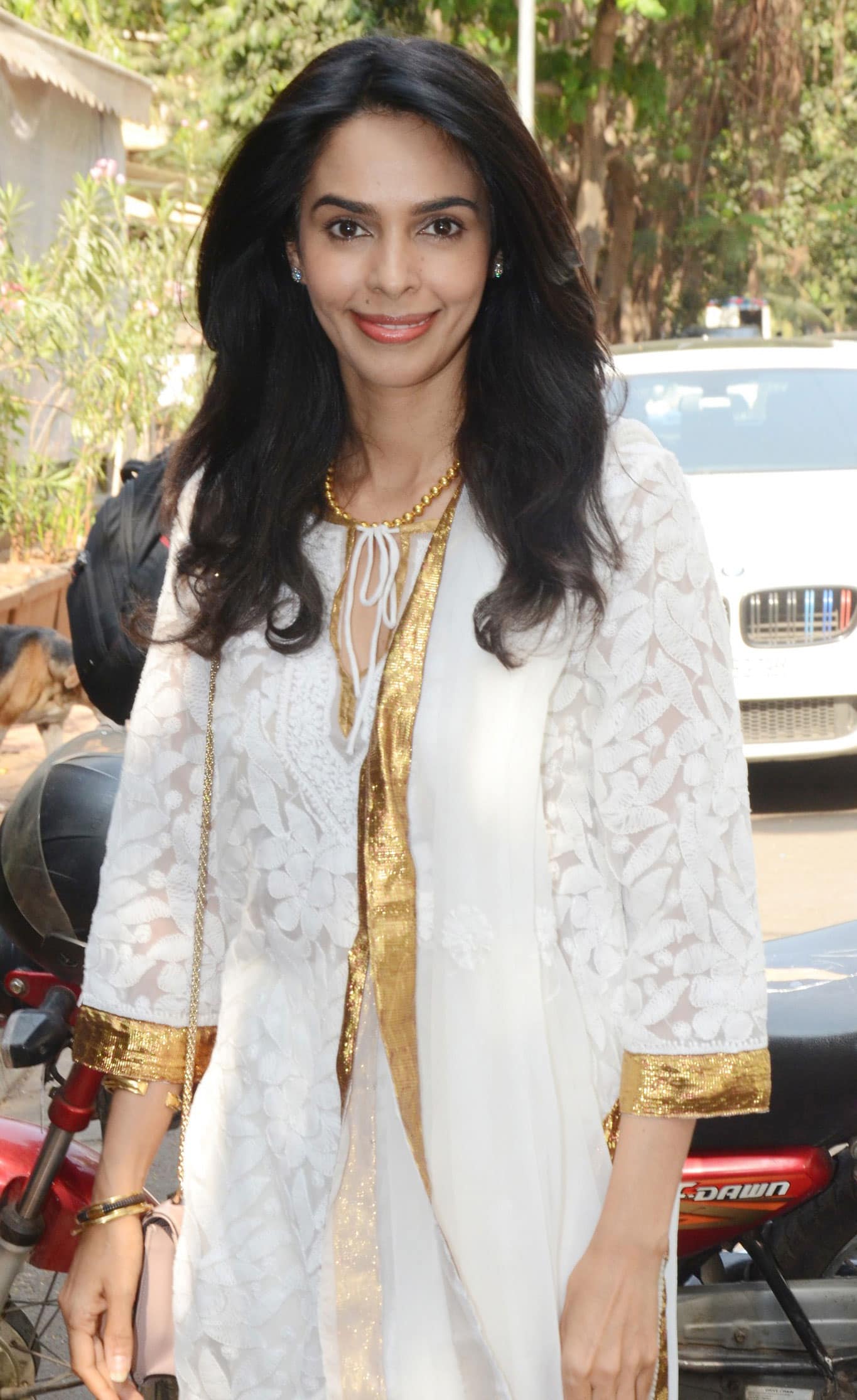 She kept her hair open and smiled at the shutterbugs. Mallika kept it simple this time with a nice little sling bag acting as an accessory. Her light makeup look is definitely working well as summer is the time to keep it as natural as possible. We can safely say, Mallika in traditional wear gets a big thumbs up!

On the professional front, Mallika has featured in a number of films such as Khwahish and Murder, Pyaar Ke Side Effects, Since then, she has appeared in successes like Aap Ka Suroor - The Real Love Story, Welcome, Double Dhamaal to name a few.

Mallika even featured in some of the Hollywood projects, namely Hisss (2010) and Politics of Love (2011) to her credit. The actress's original name is Reema Lamba which she changed after entering Hindi film industry.

Recently, other actresses like Sara Ali Khan and Jacqueline Fernandez too were clicked wearing salwar-kameez. Looks like going desi is the latest fad in Bollywood!