Noah Centineo, Lana Condor start shooting for third 'To All the Boys...3'

A video shared by Netflix on Instagram suggested that newcomer Jordan Fisher will step in as Lara`s new love interest in the sequel. 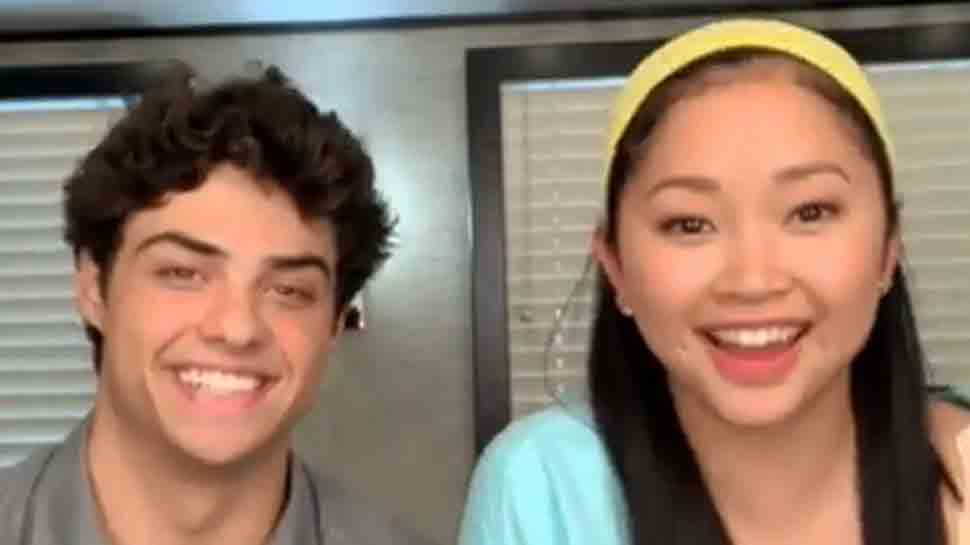 Los Angeles: Actors Noah Centineo and Lana Condor have announced that they are shooting for the third installment of "To All the Boys Ive Loved Before" and that the Netflix film`s part two will premier on February 12.

The two made the announcement on Instagram. In a video shared by Centineo, who plays the role of Patrick in the original film, the actors were heard saying: "Hey guys! We are on set of `To All The Boys... 3`. We are shooting `To All The Boys... 3`.... This is the coolest thing we have been keeping as a secret for a long time and it has been hard!"

"We also have the release date for `To All The Boys 2...PS I Still Love you premiers February 12," the two said.

A video shared by Netflix on Instagram suggested that newcomer Jordan Fisher will step in as Lara`s new love interest in the sequel.

The trio made the reveal by flipping title cards reading, "You guys have been so supportive and loving and patient. So let`s just say, our movie is coming soon! What, you want more? `To All the Boys: P.S. I Still Love You` premieres... February 12."

"We almost forgot something."

Centineo then walked in with a card on his head. Condor flipped the card for the big announcement: "`To All the Boys: Always and Forever, Lara Jean` is in production!"

"To All the Boys I`ve Loved Before" series is based on Jenny Han`s bestselling trilogy following high schooler Lara Jean`s romantic entanglements.

All about Sunny Leone and her kids Nisha, Noah and Asher's 'special' Raksha Bandhan day