Priyanka Chopra Jonas is one confident actress and producer. She can now play roles and take up responsibilities without feeling the pressure. She says she stopped taking pressure when she reached the point where she could call the shots and make choices about the work that she wanted to do. 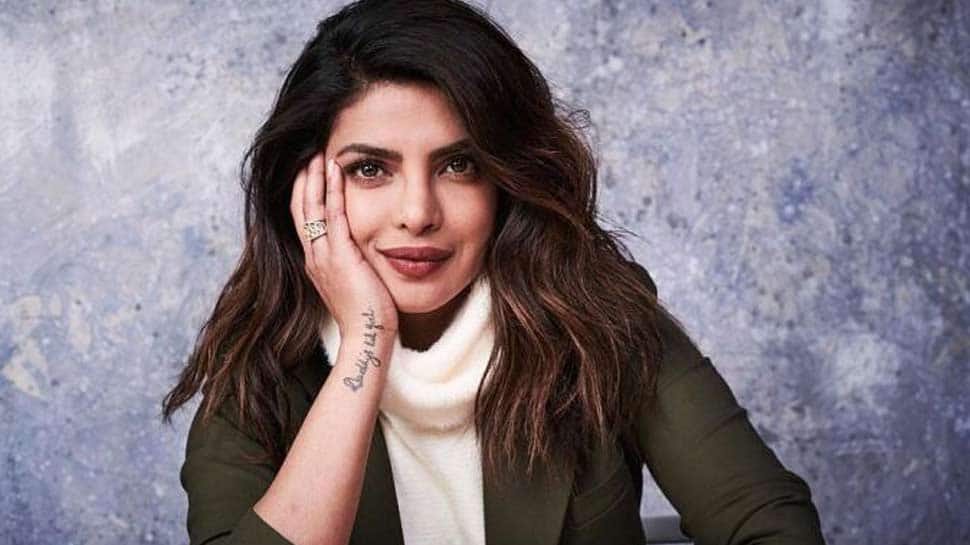 New Delhi: Priyanka Chopra Jonas is one confident actress and producer. She can now play roles and take up responsibilities without feeling the pressure. She says she stopped taking pressure when she reached the point where she could call the shots and make choices about the work that she wanted to do.

The former Miss World made her Bollywood debut with "The Hero: Love Story of a Spy" in 2003. She made her presence felt with powerful performances in movies like "Aitraaz", "Don", "Fashion", "7 Khoon Maaf" and "Barfi!". Today, she is also a producer who has backed National Award-winning films such as "Ventilator" and "Paani".

In her latest Bollywood film, "The Sky Is Pink", she played one of the central characters and also served as a producer. Was there any kind of pressure on her since she was playing dual roles?

"I took pressure many years ago. Now I don't take pressure. I think I stopped taking pressure when I reached a point where I could make choices about the work that I wanted to do... when I didn't have to depend on people coming to me with the work. That sort of shifted not too long ago, just four or five years ago maybe," Priyanka told IANS.

"Unfortunately with female actors, there is a lot of depending on a lot of people to approve before you are cast in a film. It is the truth. Hard to hear, but it's the truth. That shifted for me just recently. I guess that gave me a sense of confidence to become a producer, to be able to helm films that I wanted to make," she added.

But she likes to do films that make her feel nervous while going to the set.

She still gets the jitters?

"Every performer does because our outside environment influences us as a person. The only thing that experience has taught me is that between action and cut, no matter what is happening in my life, it won't affect me. Before that I would get influenced. If I had a fight or was in a bad mood, it would affect my work. Now it doesn't," said Priyanka, also a known name in American showbiz, thanks to her show "Quantico".

Her list of upcoming projects is an exhaustive one, starting with "The White Tiger" and a superhero movie titled "We Can Be Heroes".

"I can't tell you what I am playing in it (the superhero movie) but it will be really fun,' she promised.

"I am also developing about six or seven other projects for the next year. Some of them will have me and some won't. They are regional, international and Hindi," she shared.