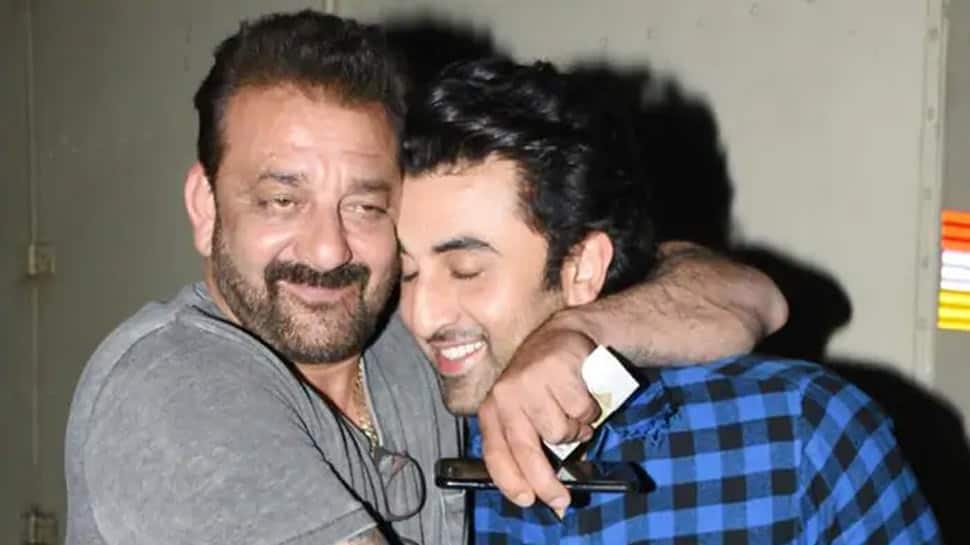 New Delhi: Bollywood superstar Sanjay Dutt has been diagnosed with stage 3 lung cancer and the news broke recently. His fans, family and industry colleagues have been showering the actor with 'get well soon' messages on social media and extending support.

Ranbir played Dutt's role in his biopic titled 'Sanju' in 2018, earning rave reviews and bagging top awards that year. They share a warm vibe and looks like Ranbir-Alia are the amongst the first ones who visited ailing Dutt after his cancer diagnosis.

Sanjay Dutt was diagnosed with stage 3 lung cancer on Tuesday, August 11, 2020 and is expected to fly abroad soon for his medical treatment.

Meanwhile, wife Maanayata Dutt released a statement reading: "I thank everyone who has expressed their well wishes for Sanju's speedy recovery. We need all the strength and prayers to overcome this phase. There is a lot that the family has gone through in the past years but I am confident, this too shall pass. However, it is my heartfelt request to Sanju's fans to not fall prey to speculations and unwarranted rumours, but to just help us with their ongoing love, warmth and support. Sanju has always been a fighter, and so has our family. God has yet again chosen to test us to overcome the challenges ahead. All we seek is your prayers and blessings, and we know we will emerge as winners on the other side, as we always have. Let us use this opportunity to spread light and positivity," read Maanayata's statement."

On the work front, Sanjay Dutt will be next seen in 'Sadak 2', featuring Pooja Bhatt, Alia Bhatt, Aditya Roy Kapur. It is the sequel to the 1991 hit of the same name and is helmed by Mahesh Bhatt.