Rishi Kapoor's daughter Riddhima Kapoor Sahni remembers father on first death anniversary, says 'if only I could hear you call me mushk again'

On the first death anniversary of noted Bollywood actor Rishi Kapoor, his daughter Riddhima Kapoor Sahni took to Instagram to share an emotional post in remembrance of him. 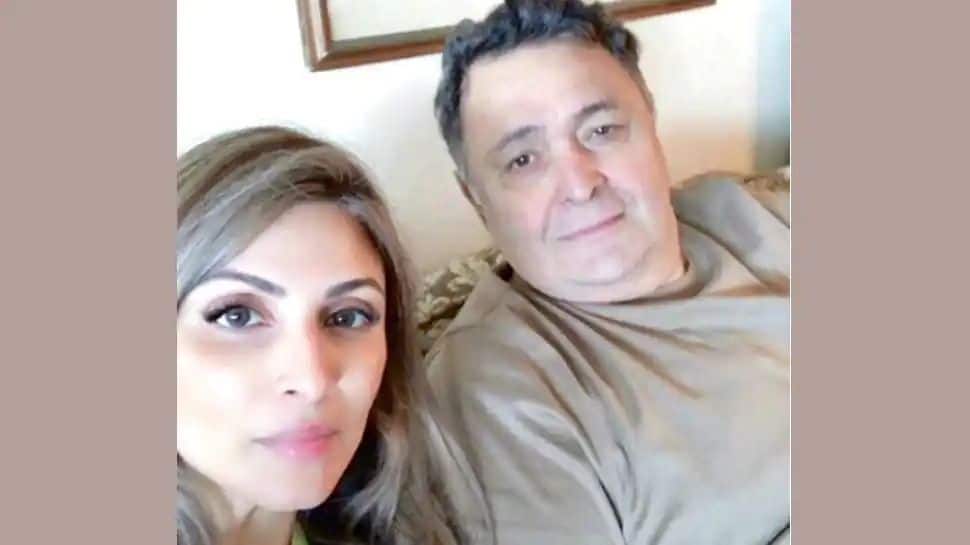 The 40-year-old shared a loving throwback picture of the 'Kabhi Kabhie' actor and herself as a baby and a cute picture of her hugging her father when he had turned old and grey.

In the photo, the duo looks loving and wholesome showing us the power of the father-daughter bond.

Riddhima penned an emotional note below the picture talking about how her father Rishi Kapoor will always reside in her heart and will never be forgotten.

She wrote, "If only i could hear you call me mushk once more ...'Until we meet again we think about you always, we talk about you still, you have never been forgotten, and you never will. We hold you close within our hearts and there you will remain, to walk and guide us through our lives, until we meet again.' – Dorothy Mae Cavendish. I love you always".

This day, last year, Indian cinema's one of the most iconic actors, Rishi Kapoor bid us goodbye. His sudden death sent shockwaves across the nation as family, friends, and fans mourned his demise.

He died at Mumbai's Sir HN Reliance Foundation hospital on April 30, 2020, and was battling Leukaemia (blood cancer) for the past two years. The actor par excellence underwent treatment for it in New York for a year.

Late veteran actor Rishi Kapoor had an illustrious career in Bollywood and is known for many films such as Kabhie Kabhie, Amar Akbar Anthony, Khel Khel Mein, Rafoo Chakkar, Do Dooni Chaar, Sargam, Karz, and Chandni.