On Sunday (June 6), Bollywood actor Sanjay Dutt met Nitin Gadkari and his wife Kanchar Gadkari at his residence in Nagpur as seen on an Instagram post shared by the Union Minister. 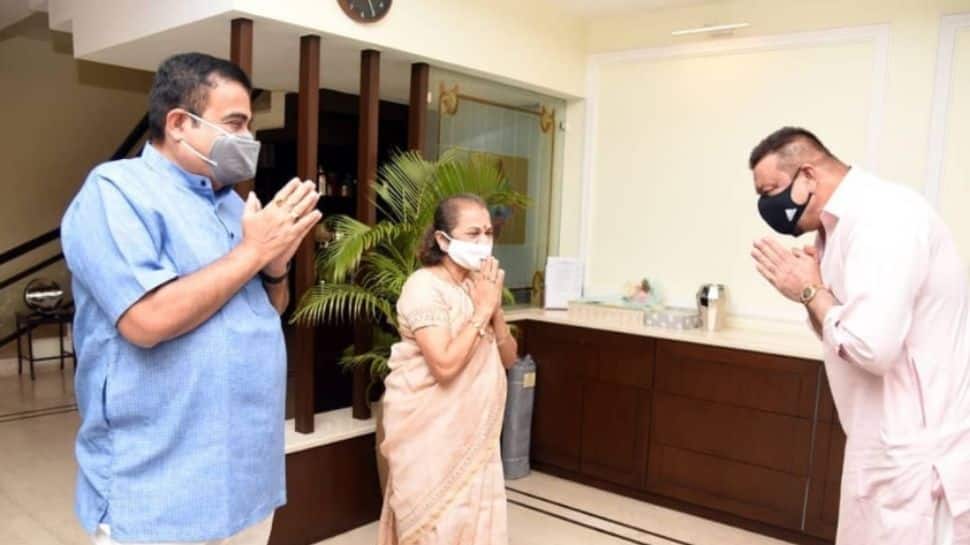 Nagpur: Bollywood actor Sanjay Dutt recently met Union Minister Nitin Gadkari at his residence in Nagpur and it was said to be a courtesy call. On Sunday, Gadkari even shared a glimpse of his meeting with Dutt on his verified Instagram account.

In the pictures, Dutt can be seen greeting Gadkari and his wife Kanchar Gadkari from a distance. The three of them did not forget to wear masks. "Abhineta Sanjay Dutt ji ne Nagpur me srishtachar bhet ki (Sanjay Dutt pays a courtesy visit in Nagpur)," Gadkari captioned the post.

Speaking of Sanjay Dutt, he is gearing up for the release of `K.G.F Chapter 2`, wherein he will be seen essaying a negative role. The film is a follow-up of the Kannada blockbuster `KGF: Chapter 1`, which starred Kannada star Yash with Tamannaah Bhatia and Ananth Nag.

He will also be seen in 'Prithviraj' and 'Bhuj: The Pride of India'. Last year, Sanjay Dutt was diagnosed with cancer. In October 2020, he informed fans that he has beaten the disease.

"The last few weeks were very difficult time for my family and me. But like they say, God gives the hardest battles to his strongest soldiers. And today, on the occasion of my kids` birthday, I am happy to come out victorious from this battle and be able to give them the best gift I can--the health and well-being of our family," he had written.