The actor captioned it: "The pillars of our family! I miss you mom and dad." 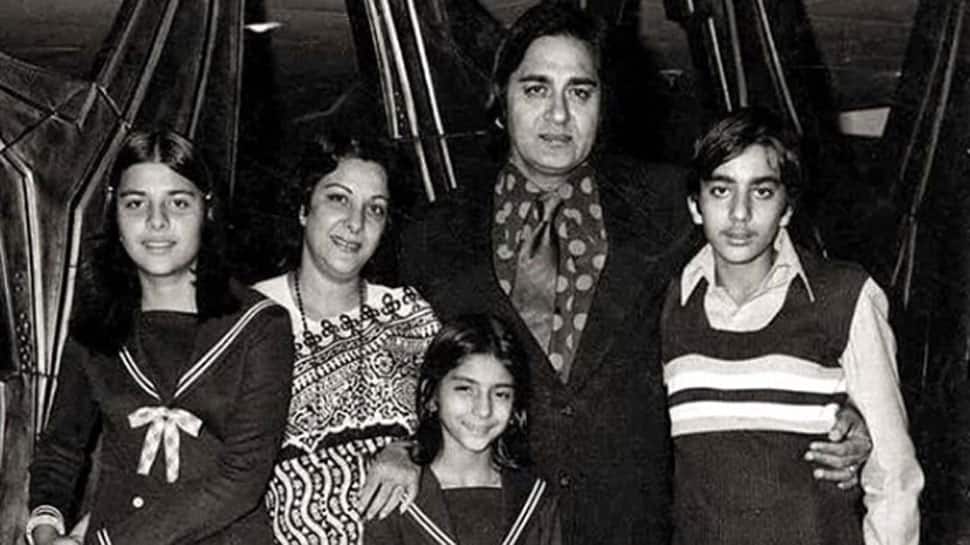 Mumbai: On his father, Sunil Dutt's 14th death anniversary on Saturday, his son and actor Sanjay Dutt got emotional and posted a black and white photograph of "the pillars of our family".

The photograph featured Sunil, Sanjay's mother and late actress Nargis along with his sister and himself.

The actor captioned it: "The pillars of our family! I miss you mom and dad."

The pillars of our family! I miss you Mom & Dad

Mumbai Congress politician Priya Dutt shared a photograph of herself along with her father and wrote: "Parents are so precious, always treat them with loving care. You will only know their value when you see their empty chair.

"It's been 14 years today since his last hug and I miss him everyday."

Sunil Dutt was a movie actor, producer, director and politician. He has worked in memorable films such as "Sadhna", "Ek Phool Char Kaante", "Gumraah", "Mera Saaya", "Mother India" and "Munna Bhai M.B.B.S.". He was last seen in the Bollywood movie "Lage Raho Munna Bhai" alongside Sanjay.

In 1968, he was honoured with the Padma Shri by the government.