The stunning B-Town couple, Shahid Kapoor and Mira Rajput Kapoor were clicked together in Bandra. New Delhi: Actor Shahid Kapoor, who is awaiting the release of his upcoming film 'Kabir Singh', and Mira Rajput were on Wednesday spotted in Bandra. One of the most adorable couples of Bolywood, both Shahid and Mira were casually dressed up and appeared to be engrossed in some discussion when they got clicked.

While Shahid was in a grey sweatshirt, Mira wore a blue tee and flared denim with an off-white shrug-jacket. She completed her look with a stylish brick-coloured handbag. Both Shahid and Mira were clicked sans their kids - Misha and Zain. 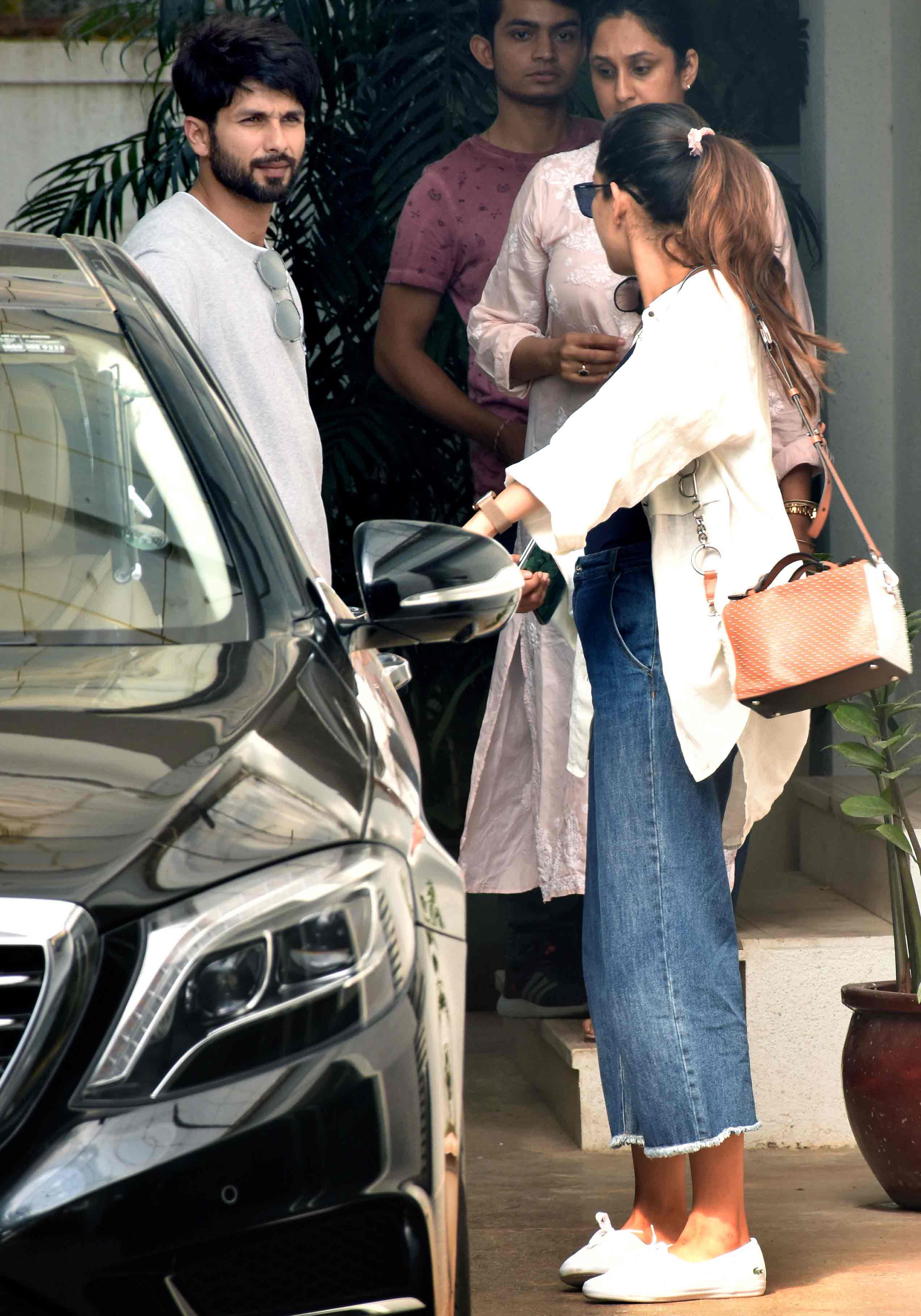 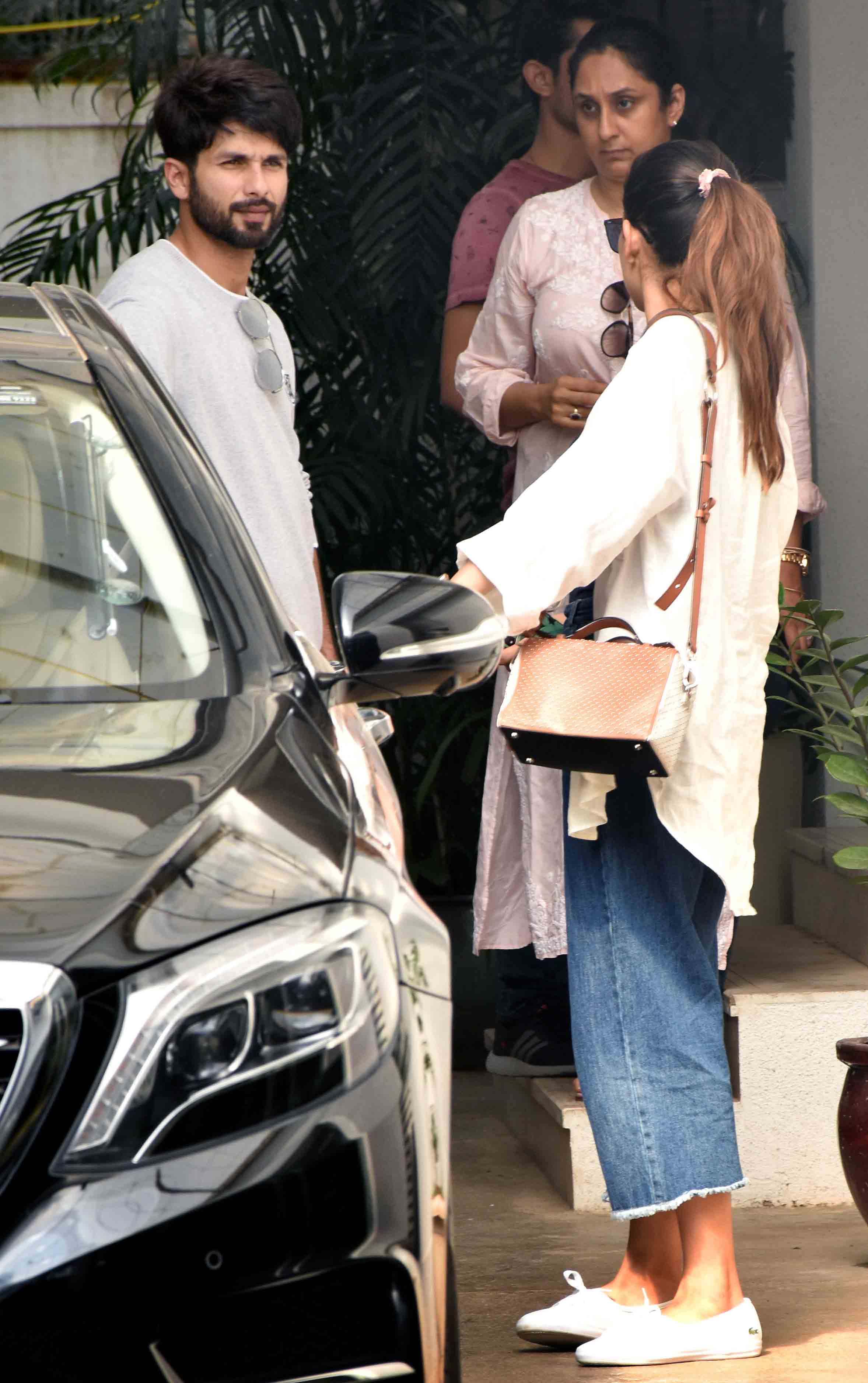 The couple was recently in the national capital to attend the swearing-in ceremony of Prime Minister Narendra Modi.

Speaking of Shahid's 'Kabir Singh', it is directed by Sandeep Vanga, who directed the Telugu version of the film, 'Arjun Reddy'. The film is jointly produced by Cine1 Studios and T-Series and stars Shahid in the role of an alcoholic surgeon. The film is about Kabir Rajveer Singh, a medical student, who goes on a self-destructive path after his lover marries someone else.

It is to be noted that Tara Sutaria was initially announced as the female lead of 'Kabir Singh'; however, she left due to a delay in the filming of her debut release Student of the Year 2 causing scheduling conflicts. Later, the makers roped in Kiara to play the role of Preeti.