She is the boss in a man’s world: Rani Mukerji on playing Shivani Shivaji Roy in 'Mardaani 2'

Rani Mukerji is ready to nip the bud of terror in 'Mardaani 2' which is slated to open in theatres on December 13, 2019. 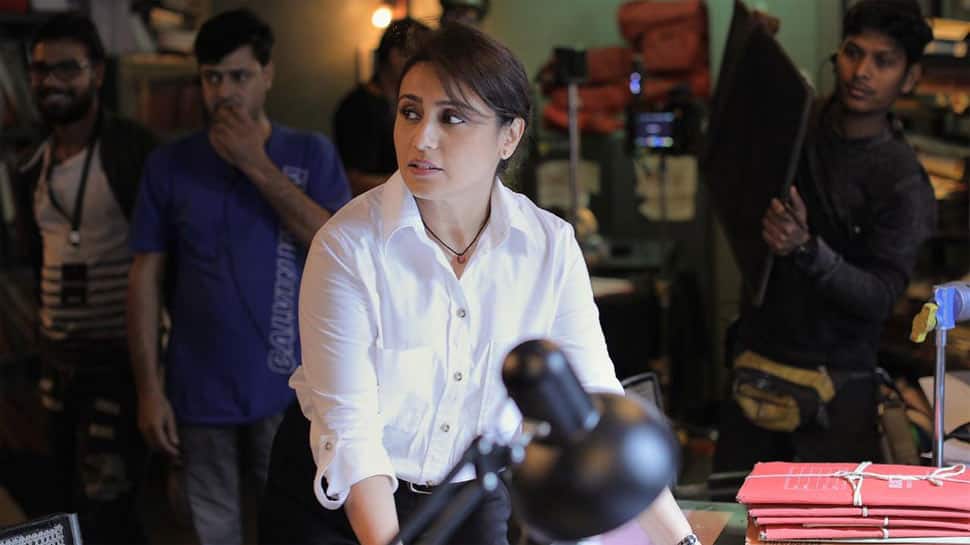 New Delhi: Actress Rani Mukerji has a rich body of work to her credit. The powerhouse performer is these days gearing up for the release of her upcoming thriller 'Mardaani 2'. She will be seen playing a tough cop Shivani Shivaji Roy in the sequel.

Rani has time and again proved her acting mettle with author-backed roles in films like Yuva, Veer-Zaara, Hey Ram, Black, Hichki, No One Killed Jessica and Shivani Shivaji Roy, to name a few.

Talking about the powerful characters she has played so far, the actress said, "I have always looked to celebrate the strength of women through my films whenever I have got the opportunity. No One Killed Jessica, Black, Mardaani, Hichki, etc are some of the favourite films of my career because they resonated with who I’m as a person in real life and my belief in how a woman should always be perceived. For me, a woman is a pillar of strength for her family, community, husband, child and I do feel we don’t celebrate women enough."

Rani will be seen reprising the role of the fearless and committed Superintendent of Police, Shivani Shivaji Roy in 'Mardaani 2'. In the film, she has been pitted against a very young yet dangerous villain who can be called pure evil.

Rani opened up on why her character in Mardaani has become so popular among the masses. She said, "Mardaani 2 is another attempt of mine showcasing what a fearless, self-made, self-believing woman can do despite being pitted against all odds. Shivani Shivaji Roy is someone who will never back down in the face of injustice and I’m glad people have showered so much love and appreciation on her. She is one of my most favourite characters because she lives life her way and isn’t cowed down by judgements and stereotyping. She is the boss in a man’s world and she ensures her work speaks the loudest. She is the quintessential spirit of a woman and maybe that’s why she resonates with so many people."

Backing the young actors and their choice of roles, Rani Mukerji said, "I can see the tides changing and I can’t tell you how thrilled I’m as a woman and as an artiste. I have silently tried to do my best to bring out powerful women on screen and impact the psyche of people through their life. I get so happy when I see the young actors choosing to do gritty, women-centric films that give out the correct messaging about women to society."

On the work front, Rani's last film Hichki earned Rs 250 crore at the Box Office worldwide. Her performance was hailed as a teacher suffering from Tourette Syndrome. Now, she is ready to nip the bud of terror in 'Mardaani 2' which is slated to open in theatres on December 13, 2019.

The film is helmed by Gopi Puthran and produced by Aditya Chopra.

Hrithik Roshan shares the shape of his heart