Ankita Lokhande said that Sushant Singh would not have committed suicide due to the deeply entrenched nepotism in the film industry. Sushant was not so weak that he would take such an extreme step as he was not getting films, she added. 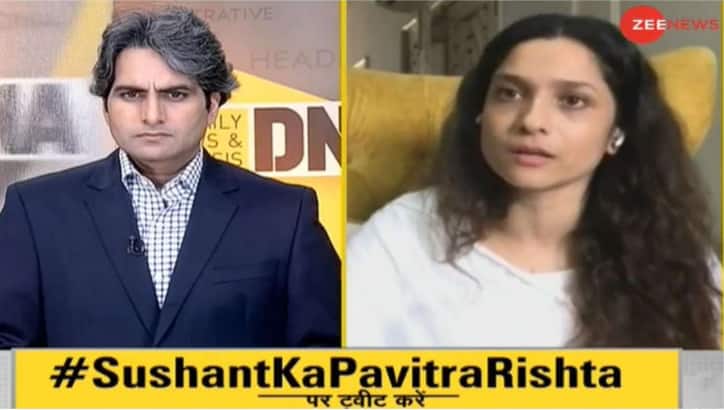 New Delhi: Ankita Lokhande, Sushant Singh Rajput’s ex-girlfriend, on Friday (July 31) evening made some startling revelations in an extensive conversation with Sudhir Chaudhary, Editor-in-Chief of Zee News.  Key points of her interview in the prime time show, DNA, can be summarised here as:

1. Ankita Lokhande said that Sushant Singh would not have committed suicide due to the deeply entrenched nepotism in the film industry. Sushant was not so weak that he would take such an extreme step as he was not getting films, she added.

2. Sushant was a lively person. He was not at all a weak person because he wanted to do big things in his life. 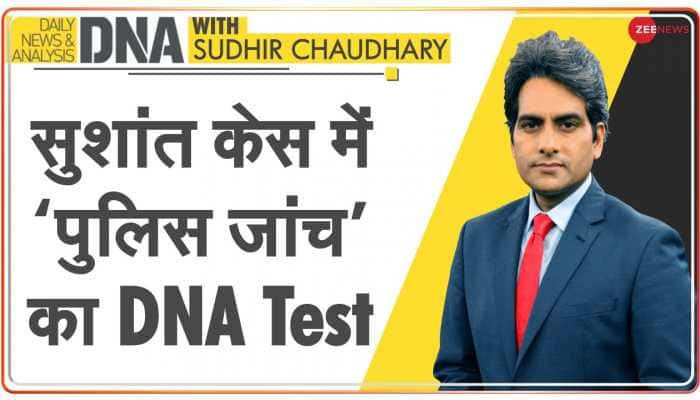 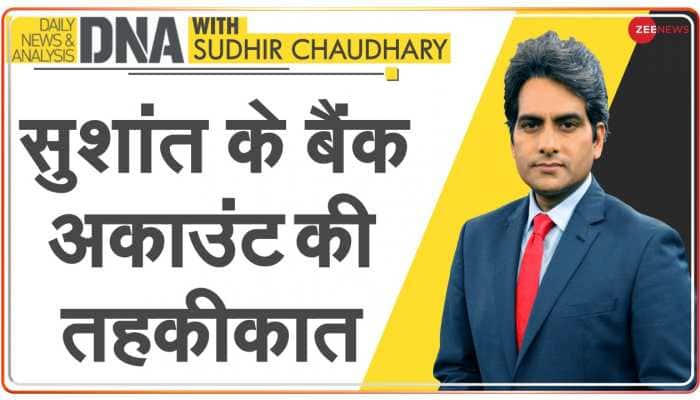 3. Ankita's third significant observation was that Sushant all of a sudden became lonely and started feeling sad. Had she been in his life or would have realised about Sushant's loneliness, she might have saved him. Those who were with Sushant should not have left him alone, Ankita said.

4. She avoided making a direct comment on Rhea Chakraborty said that the investigation should not probe the nepotism in the film industry but of Sushant Singh's relationship.

Apart from having an extensive conversation with Ankita Lokhande, the DNA would also like to inform its viewers about four developments that took place today in the Sushant Singh Rajput suicide case.

- Actress Rhea Chakraborty, who is accused in this case, came out on camera for the first time and released a video statement.

- The Enforcement Directorate (ED) registered a case of money laundering case as Sushant's father had alleged that Rs 15 crore was withdrawn from Sushant's bank accounts in the last year. The noose around Rhea Chakraborty and her family would tighten further in view of the ED case.

- Zee News investigation also extracted details of a bank account of Sushant Singh, showing as to how the late actor used to bear the expenses of Rhea Chakraborty and her brother's visits and stay in the hotel.

- The Bihar Police and Mumbai Police come face to face in the investigation of the Sushant Singh case.

Zee News today received the details about Sushant's bank account with Kotak Mahindra Bank. It clearly stated as to how Sushant's money was being spent on Rhea Chakravarthy and her brother.

On October 12, 2019, payment of Rs 72,000 was made to Vividrage Rhealityx Private Limited from his account. Sushant is learned to have started this company at the behest of Rhea last year. On October 14, 2019, Rs 81,000 were withdrawn from this account as flight expenses for Rhea's brother Shovik Chakraborty.

Rs 4.72 lakh was also paid for the Shovik's hotel bill from this account. Another payment of Rs 4.34 lakh was also made to a Delhi hotel from Sushant's bank account.

Bring proof to us and we will interrogate and punish guilty: CM Uddhav Thackeray on Sushant Singh suicide case