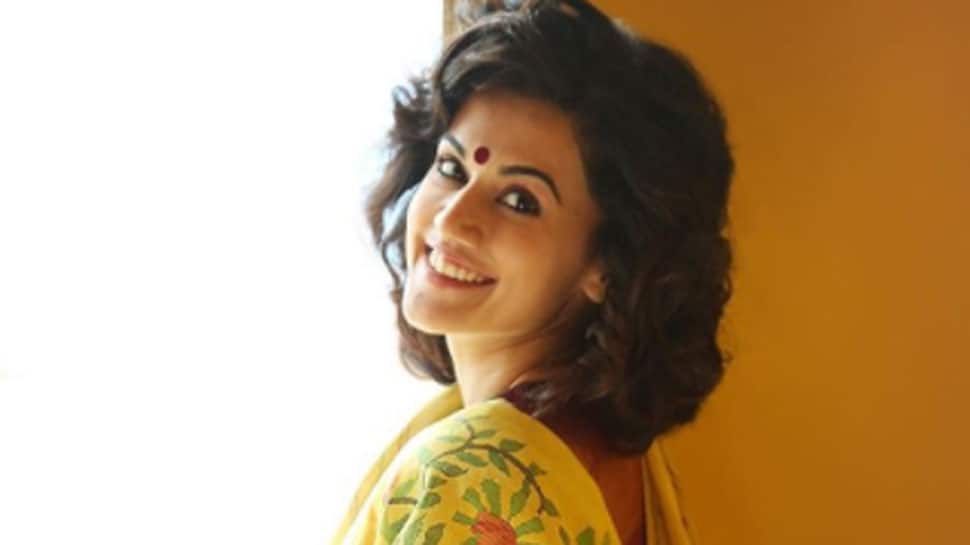 New Delhi: Actress Taapsee Pannu, who has finished shooting for Anubhav Sinha's upcoming film "Thappad", says it would be tough for her to move on the next project.

Taapsee on Monday took to Instagram and penned an emotional post, sharing her experience working on "Thappad".

She wrote: "Final pack up on 'Thappad'...31 days flew faster than storm but left the same impact. While most of the times I am thanking my stars to get a chance to work with such a director ( in this case I got lucky twice ) but other times I see it as a curse. Curse of too much comfort , too much ease, too complex an emotion simplified too easily, too much to learn, too much of happiness, the only thing too little is the number of days spent on set. Damn! It's gonna be tough moving on to the next one... Until we shake the world again. Anubhav Sinha, I shall haunt you as your nutritionist if not an actor."

After wrapping up the film, Pavail praised director Anubhav Sinha and his co-star Taapsee.

"Anubhav Sinha, you spoil your actors and now I am officially spoilt! Its hard saying goodbye to you. You have been a ball of energy, love and confidence. There is no other like you. Taapsee, you have been a rock to me through all this! Thank you for ragging me and thank you for all the love! And lastly thank you for being you," he wrote.

She thanked Sinha for "bringing so many incredible women together".

The film is mainly shot in Uttar Pradesh and Delhi. It will release on March 6, 2020.