Star kid Taimur Ali Khan, who has been away from the limelight for a while now, was spotted taking a stroll with his cousin Inaaya Kemmu at a park in London. 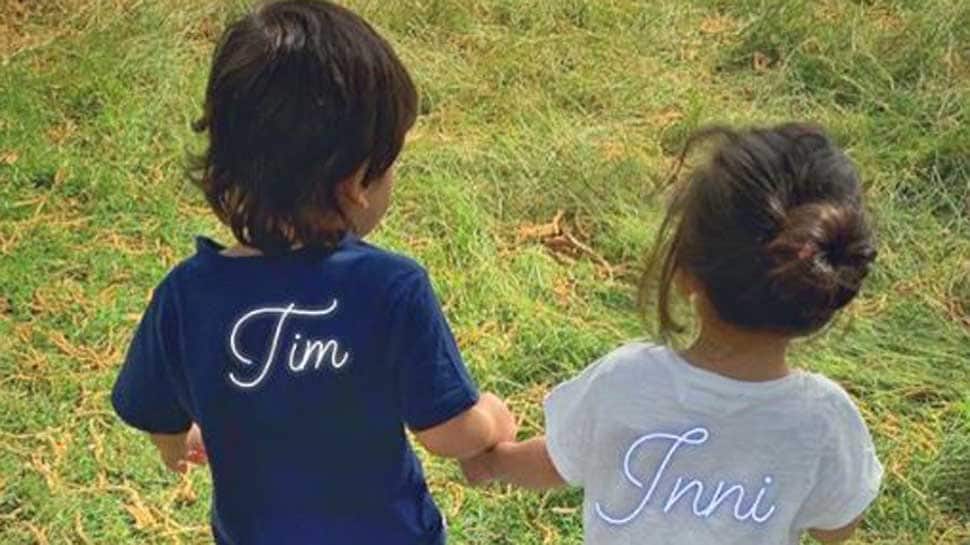 New Delhi: Star kid Taimur Ali Khan, who has been away from the limelight for a while now, was spotted taking a stroll with his cousin Inaaya Kemmu at a park in London.

Taimur plays the perfect elder brother to Inaaya in the picture shared by Kunal Kemmu. He captioned the picture as, "Tim and Inni."

Baby Tim is holidaying in London with his mother Kareena Kapoor and father Saif Ali Khan, who are there for their work commitments.

Kareena and Saif were also joined by Karisma Kapoor, her children and their parents Randhir and Babita Kapoor. On Thursday, Karisma shared a complete family picture which featured her sister Kareena, Taimur, her children - Samaira and Kiaan and her mother Babita. "#famjam #londondiaries," she wrote. The picture garnered over 1 lakh likes on Instagram.

On the work front, Kareena is busy shooting 'Good News' starring Akshay Kumar, Diljit Dosanjh and Kiara Advani. Also, she will be seen in Irrfan Khan starrer 'Angrezi Medium'. Bebo also has Karan Johar's period drama 'Takht' in her kitty. The film will release in 2020. While Saif is shooting Jawani Janeman starring Aaliyah Furniturewala in the lead role.

Flashback Friday: Sonam Kapoor Ahuja's childhood pic is a trip to the 80's