We are happy checking out our daily dose of Taimur!

New Delhi: Saif Ali Khan and Kareena Kapoor Khan's cutesy munchkin Taimur Ali Khan has broken all the records of cuteness. The apple of their eyes, this time was spotted wearing a military green hoodie and enjoyed his horse riding session. He had his entourage accompany him with his bodyguard leading the pack. And the cuteness didn't stop there.

Taimur was then clicked at Amrita Arora's house where he touched the pool water, ready for a swim. Imagine, all of this in a day. What a baby, we say! Check out the pictures:

Internet's favourite star kid surely has got paps on duty 24x7 and no one's complaining either.

It was only a day before that Tim was spotted right outside his house and daddy cool Saif was also there. The 'Sacred Games' star also had his pet Elvis with him.

The shutterbugs have literally documented Tai Tai's growing up years frame-by-frame. And why not? Well, we really need our daily dose of Taimur, after all. His photos go viral in split seconds creating a buzz around.

We are happy checking out our daily dose of Taimur! 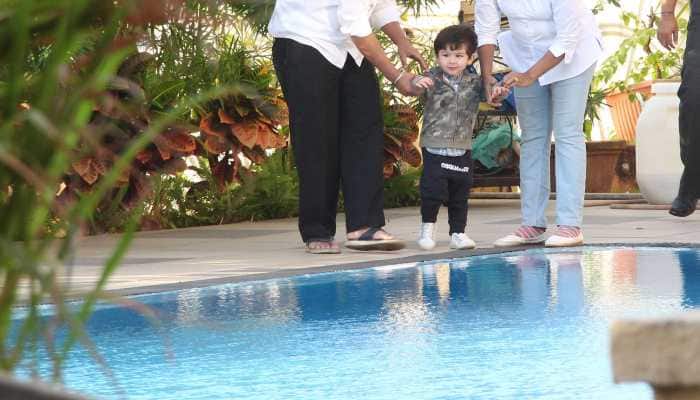 It's swimming time for Taimur! Taimur is ready for swimming!

Taimur looks cute as a button! 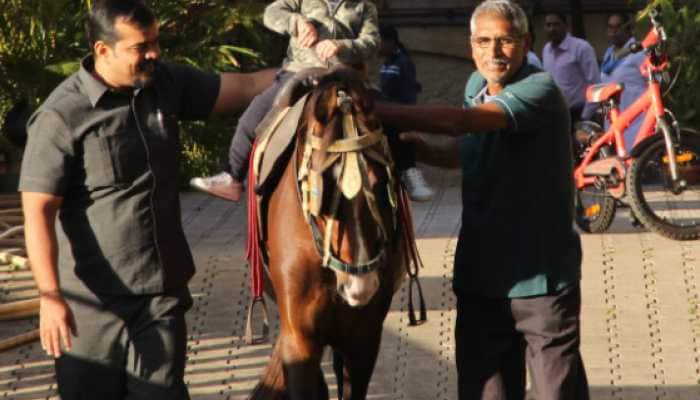 Taimur learns to ride a horse 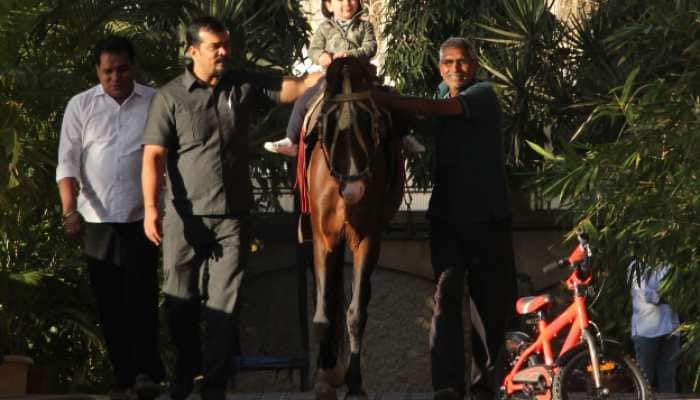