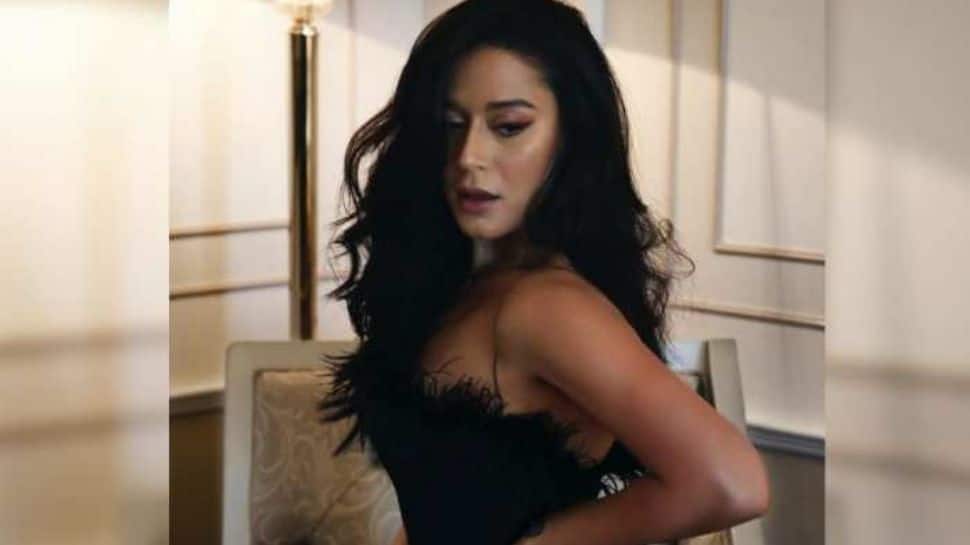 New Delhi: Veteran actor Jackie Shroff's son Tiger Shroff has made quite a huge name for himself in the Bollywood industry. However, Tiger is not the only star of his generation from the Shroff family.

His sister and darling daughter of Jackie Shroff - Krishna Shroff is also a social media star. Krishna may not have chosen a career in the film industry, but that doesn't stop her from being any less than a celebrity.

The 28-year-old enjoys a fan following of 7.5 million. Like her brother, Krishna too is a fitness enthusiast and has unarguably the hottest six-pack abs in the industry.

Recently, the stunning star kid took to Instagram to share a scintillating bikini pic where she showed off her washboard abs and beautiful wavy hair. In the picture, Krishna was seen posing in front of a flower-painted wall and looking to her side while posing.

She wore a brown bikini which showed off her artistic tattoos and captioned the picture saying, "au naturel" meaning all-natural.

Have a look at her mesmerizing natural look:

Unlike superstar father and brother, Krishna Shroff has kept herself away from the limelight and big screen. Instead, the 28-year-old chose to build her career in the fitness industry. Krishna is the co-founder of MMA Matrix - the fitness training ground which is the secret of her washboard abs.

Krishna was previously in a relationship with Eban Hyams, a basketball player. However, they parted ways last year. Their social media photos with each other were quite a viral thing on the internet.