Hollywood actor Tom Hanks revealed on 'Jimmy Kimmel Live!' that he was offered a ticket to space by Amazon founder Jeff Bezos. 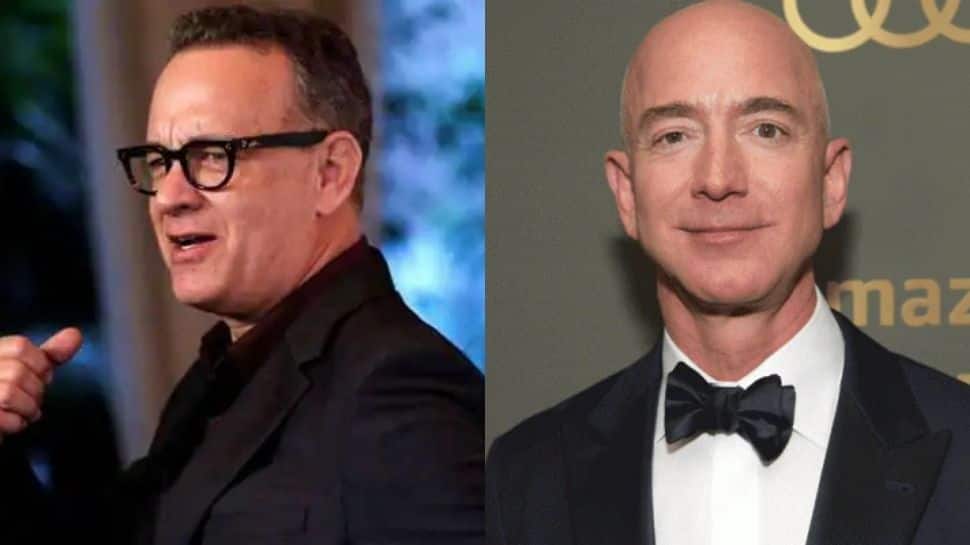 Washington: Hollywood star Tom Hanks recently said in an interview that Jeff Bezos, the billionaire founder of Amazon, offered to fly him to space before William Shatner, but joked that he would have to pay.

According to Fox News, Hanks appeared on `Jimmy Kimmel Live!` where he was asked about rumours that Bezos offered to fly him to space before William Shatner. There, the Hollywood A-lister confirmed the rumour.

"And, you know, it costs, like 28 million bucks or something like that...and I'm doing good, Jimmy...I'm doing good" but he said he isn`t going to fork over that amount. Shatner reportedly did not have to pay.

A news outlet reported last month that the company has not publicly stated a price for a ticket, so it is possible that Hanks was referring to the auction price for one of the seats.

Hanks, who famously played astronaut Jim Lovell in Ron Howard`s 1995 `Apollo 13`, proceeded to jokingly "simulate" what the 12-minute experience would be like, and let`s just say Blue Origin would disagree.

Last month, Shatner and three fellow passengers hurtled to an altitude of 66.5 miles over the West Texas desert in the fully automated capsule, then safely parachuted back to Earth. The flight lasted just over 10 minutes.

He called it the "most profound experience," explaining "I hope I never recover from this. I hope that I can maintain what I feel now. I don`t want to lose it."

As per Fox News, another news outlet had reported that Shatner, along with Audrey Powers, Blue Origin`s vice president of mission and flight operations, did not pay for their flight trip.

The company described them as guests for the trip.