Recently, when Rahul was asked about the guest lists and if he has also invited his fellow contestants from Bigg Boss 14, Rubina Dilaik and Abhinav Shukla? Here's what Rahul has shared. 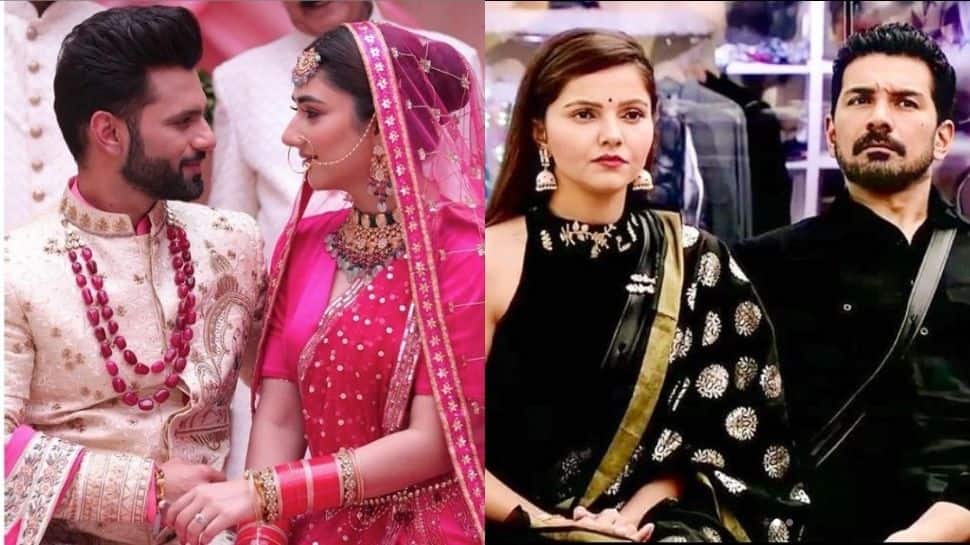 New Delhi: Television industry’s one of the cutest couple Rahul Vaidya and ladylove Disha Parmar are all set to tie the knot on July 16.

As quoted by News 18, recently, during a press conference of Khatron Ke Khiladi 11, when Rahul was asked about the guest lists and if he has also invited his fellow contestants from Bigg Boss 14, Rubina Dilaik and Abhinav Shukla?

Sharing his views, Rahul Vaidya said,“There’s a lot of restrictions right now. But honestly, I really want to invite everyone. There are so many friends from Khatron Ke Khiladi as well who I really want to invite for the ceremony but then how many can you really call in an intimate 50 people wedding. Also, I have my own relatives who have been waiting to witness this moment for a long time. My mama ji, mami, nani, chachi are all coming for the wedding. I’m still managing to call some more people somehow and still making the guest list, so please bless both of us."

For the unversed, Rahul’s camaraderie with Rubina and Abhinav was never of pals inside the house. The trio was often at loggerheads with each other during their stint in the show.

Recently, Rahul and Disha were spotted at Bhavna Jasra’s place. The duo got a beautiful hand clay impression to celebrate their togetherness. Throughout the process, Rahul sang ‘mere haath mein’ from the film ‘Fanaa’ and starred Aamir Khan and Kajol in lead roles. It was released in 2006.

Rahul confessed his love to Disha on the reality show Bigg Boss 14. Since then, they've been together through thick and thin.