In more trouble for noted film director Sanjay Leela Bhansali, female members of Kshatriya community in Chittorgarh on Saturday threatened to perform "jauhar" (self-immolation) if his controversial movie 'Padmaavat' is released in Rajasthan. 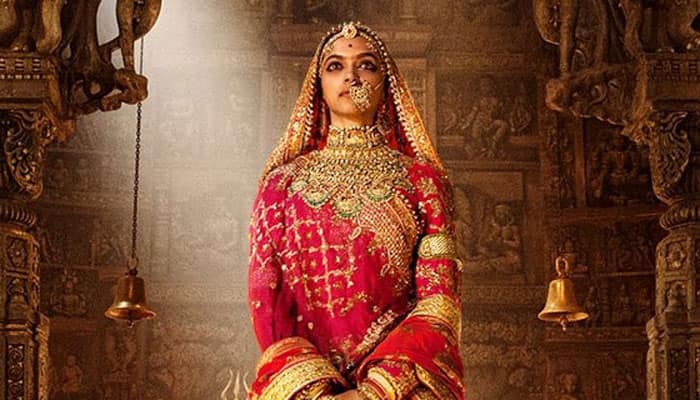 In a 'Sarvasamaj' meeting held in Chittorgarh, the members decided to stage a phase-wise protest against the proposed release of the film. The meeting was attended by around 500 people, out of which 100 females belonged to high-profile families of the city.

The spokesperson of Rajput Karni Sena, Virendra Singh, said on January 17, national highways and railway tracks across Chittorgarh would be blocked.

The controversial film, already cleared by the Central Board of Film Certification (CBFC) after five modifications and renamed from "Padmavati" to finally "Padmaavat", is scheduled to release on January 25 across the country.

The Rajasthan government has, however, decided against releasing it in the state.

On Sunday, a delegation of the Sena will meet Rajnath Singh, who is scheduled to visit Udaipur, requesting him to stop the screening of the movie across India.

According to Virendra Singh, a representative board will also meet Prime Minister Narendra Modi on January 16, who is scheduled to visit Pachpadra village in Barmer district for laying the foundation stone for a refinery project.

"A request will be made to him as well to stop the screening of the film," he said.

"But, if despite all these measures the film is released, the women of Kshatriya Samaj will perform 'jauhar' on January 24 - the day when the queen performed 'jauhar' - and at the same site," warned Virendra Singh.

Chhittorgarh Jauhar Smriti Sansthan general secretary Bhanwar Singh said that preparations were also being made to close the gates of the historical Chittorgarh fort once again.

Earlier, the Karni Sena had planned a protest on January 25 and 26, but in the wake of Republic Day celebrations, the protest was rescheduled to January 17, Virendra Singh added.

The Rajput Karni Sena had also warned that any cinema hall which screens Padmaavat will be vandalised.

"The release of 'Padmavati' is only going to create chaos in the country. The government would be responsible for any loss of life and property following the release of this movie. Our people will be outside cinema halls and each hall which shows the film will be vandalised," Rajput Karni Sena member Sukhdev Singh Gogamedi had claimed.

Ruling out any compromise on the issue, the Karni Sena had called for a 'janata curfew' whenever the Sanjay Leela Bhansali directorial is released.

Karni Sena chief Lokendra Singh Kalvi, who is leading the protest against the movie, had told media persons recently, "We needed one small clarification that time that there will be nothing between Alauddin Khilji and Padmavati... We would have been content with it, but now we will not compromise in any way."