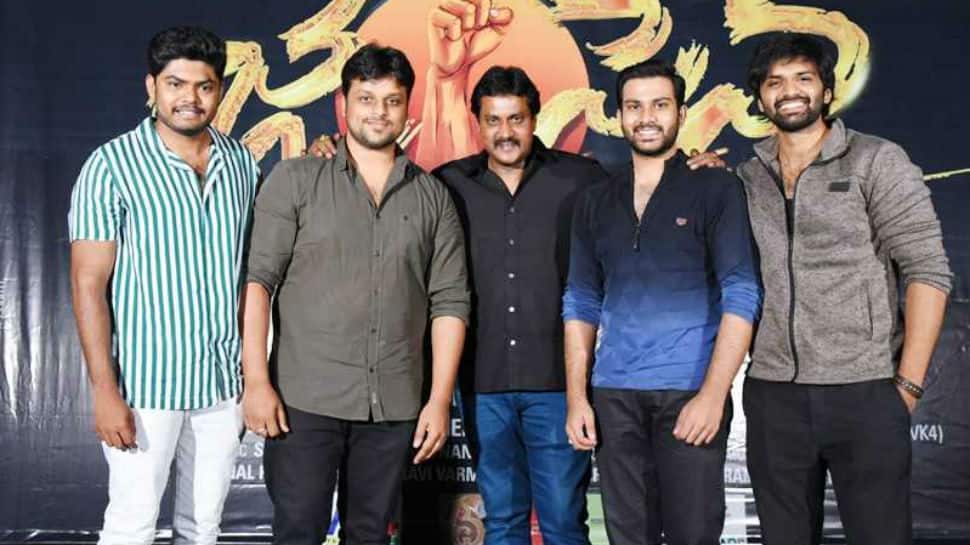 'Jai Sena' is an upcoming film which features a lot of newcomers from the industry. The film has been making headlines for its title, which sounds pretty much closer to Pawan Kalyan’s political party Jana Sena. The first look and logo of the film were launched at Prasad Labs, Hyderabad, recently.

The film is directed by Samudra and produced by V Sai Arun Kumar under SivaMahateja Films banner and presented by V Vijayalakshmi.

At the launch, director V Samudra said, "Along with Srikanth and Sunil, four new heroes are being introduced with this film. The shooting part has been completed except for a little patchwork. We launched SivaMahateja Films banner to make memorable films. 'Jai Sena' is our first attempt towards that goal."

When asked about why he chose this title and whether there’s any particular reason behind it, he said, "While 'Janasena' is about Pawan Kalyan's political ambitions our 'Jai Sena' is about his ideologies. We are showcasing some good deeds done by him in the film."

"Like all of my films, this film too deals with a social cause. This film will bring a very good name for me and the team. Ravi Shankar has composed superb songs. Co-producer Sireesh Reddy garu stood as a backbone and provided support for me at every stage. We are planning to release the film next month. I wish everyone will bless our banner and new heroes," he added.