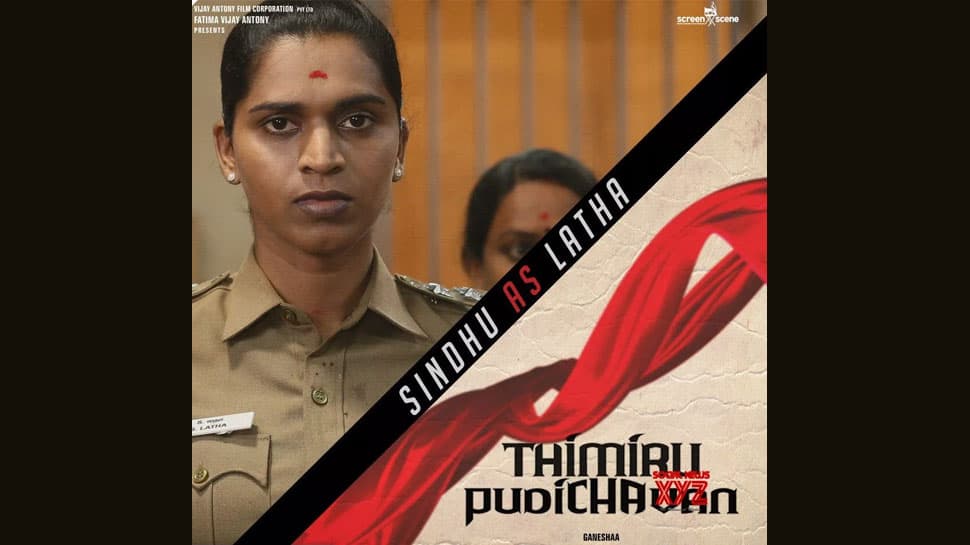 Chennai: There was a general perception that Tamil cinema wasn't too kind to transgenders - but not any more. It is heartening to finally see some Tamil filmmakers portraying transgender characters with dignity. The industry may still be a while from signing transgender actors in key roles, but the change is slowly happening.

"The idea was to create employability for transgender people. We hear stories of people from this community shining across professions. Why not give them opportunities in cinema? Sindhu's character was inspired by Tamil Nadu's first transgender policewoman, Prithika Yashini," Ganeshaa told IANS, adding that he received immense support from his hero.

"When I pitched the idea of roping in Sindhu to play this character to Vijay Antony, I expected some kind of opposition. But he was quite encouraging and he had no qualms to share screen space with Sindhu. I'm not sure how many heroes will be open to the idea," he said.

Talking about the experience of being a part of the project, Sindhu said she will always be indebted to her director and hero.

"It was very gratifying to see myself in the role of a police constable. In real life, we don't get to be anyone else but this role gave me an identity. I was treated with respect on the sets and never faced any kind of discrimination. I'm really thankful to my director and hero," she said.

In a promotional interview days after the release of the film, Anjali said that through her character Meera, people saw the transgender community in a new light.

Actress Anjali, who worked with Anjali Ameer in the film, told IANS that she found her to be really strong from within.

"I didn't have scenes with her but I saw her working on the sets. I'm really proud of what she has achieved. In 'Naadodigal 2', I worked with another transgender actor and what I find inspiring about them is that they are really strong from inside. They work with so much passion and nothing can affect their inner strength," Anjali told IANS, and said that their love is pure and is more than what we can imagine.

Director Ram said that when he was on the lookout for a transwoman for the role, it was Mammootty who suggested Anjali Ameer's name.

"Mammootty sir had met Anjali on a television programme. When I told him the story requires such a character, he immediately suggested Anjali Ameer's name. When more filmmakers and actors are open to the idea of working with people from the transgender community, the change will automatically happen," Ram said.

Talking about the experience of stepping into the shoes of a transwoman, he said that the character helped him overcome his worst fears.

"I found a friend in Shilpa. When I was offered the role, I wasn't sure if I could pull it off. When I started playing the character, I could get a sense of the world people trans community lives in. The character helped me overcome my worst fears and changed my perspective about life," Vijay told IANS.

Rarely has ever a mainstream hero played a transgender on-screen. Vijay said he didn't think too much before accepting the role.

"I saw it as an opportunity to see the world around me through the eyes of a character I'd never get to play again. You don't get such roles often, and I didn't want regret missing it later," he said.