Tamil actor-comedian Vivekh suffered from a Cardian arrest on Friday (April 16) after which he was taken to the hospital. According to an official health bulletin, he is currently in critical condition.

New Delhi: On Friday (April 16, 2021) popular Tamil actor Vivekanandan, better known as Vivekh, suffered a cardiac arrest and was rushed to hospital. The actor-comedian has been admitted to a private hospital in Chennai.

The hospital released Vivekh’s health bulletin, according to which, the actor was brought into the emergency care department in an unconscious state at 11 am after suffering a cardiac arrest.

"He was resuscitated in the emergency room by specialists", the bulletin added.

The bulletin further revealed that the actor underwent Emergency Coronary Angiogram followed by Angioplasty. Unfortunately, he is currently in critical condition on ECMO in the Intensive Care Unit as per the latest update.

Here's the update on his health condition: 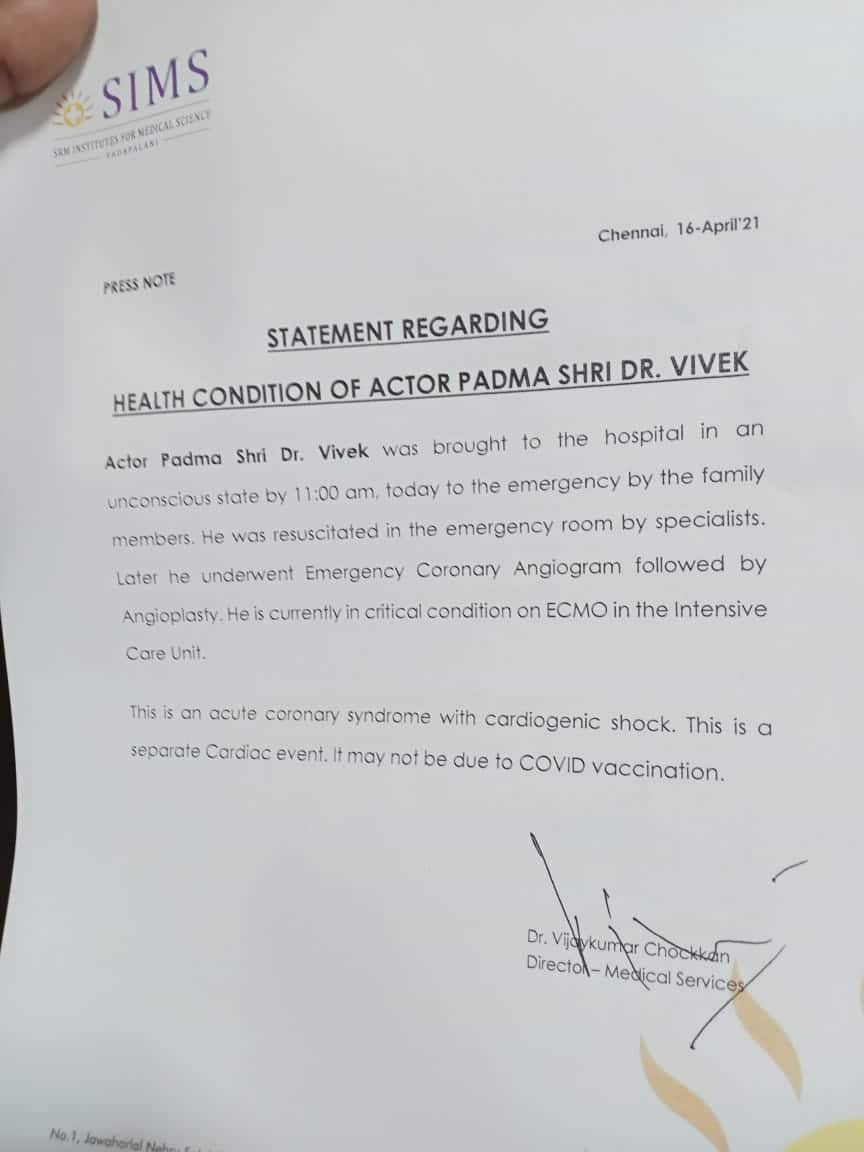 The 59-year-old comedian had taken the COVID vaccine on Thursday following which he complained of chest pain and fainted.

A Padma Shri recipient, actor Vivekh has worked with the likes of megastar Rajinikanth, Vijay and Ajith Kumar. He has also appeared as the lead artiste in a couple of movies and has been involved in social causes including afforestation.

Vivekh has featured in movies such as Run, Saamy, Perazhagan, Unnaruge Naan Irundhal, Parthiban Kanavu, Anniyan and Sivaji to name a few. He has acted in more than 220 films.