After Chandrayaan-2's insertion into the lunar orbit, ISRO will carry out four more orbit maneuvers. 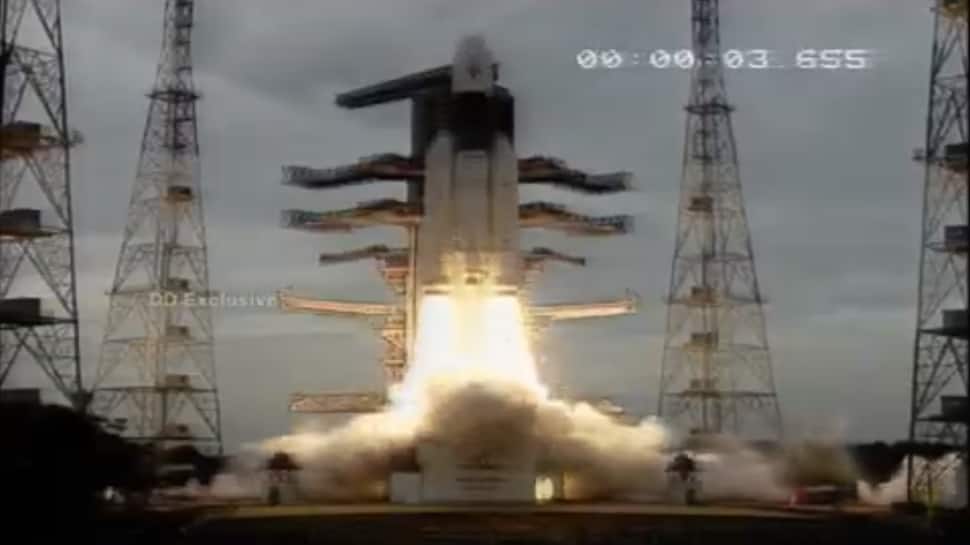 Here are the live updates

Chandrayaan-2 is nearing its destination:

ISRO chairman Dr K Sivan will brief media at 11 am today on the Lunar Orbit Insertion of Chandrayaan-2.

A statement released by ISRO says:

Lunar Orbit Insertion (LOI) maneuver was completed successfully today (August 20, 2019) at 0902 hrs IST as planned, using the onboard propulsion system. The duration of maneuver was 1738 seconds. With this, Chandrayaan-2 was successfully inserted into a Lunar orbit. The orbit achieved is 114 km x 18072 km.
Following this, a series of orbit maneuvers will be performed on Chandrayaan-2 spacecraft to enable it to enter its final orbit passing over the lunar poles at a distance of about 100 km from the Moon’s surface.
Subsequently, the lander will separate from the Orbiter and enters into a 100 km X 30 km orbit around the Moon. Then, it will perform a series of complex braking maneuvers to soft land in the South polar region of the Moon on September 7, 2019.

The health of the spacecraft is being continuously monitored from the Mission Operations Complex (MOX) at ISRO Telemetry, Tracking and Command Network (ISTRAC) in Bengaluru with support from Indian Deep Space Network (IDSN) antennas at Bylalu, near Bengaluru. All the systems of Chandrayaan-2 are healthy.
The next Lunar bound orbit maneuver is scheduled tomorrow (August 21, 2019) between 1230-13:30 hrs IST.

The Vikram lander will separate from the orbiter on September 2, 2019.

Last week, Chandrayaan-2 successfully carried out the crucial process of trans-lunar injection, moving from earth's orbit towards the moon. Taking to microblogging site Twitter about the same, ISRO had said, “The final orbit raising manoeuvre of Chandrayaan-2 spacecraft was successfully carried out today (August 14, 2019) at 02:21 am IST. During this maneuver, the spacecraft's liquid engine was fired for about 1203 seconds. With this, Chandrayaan-2 entered the Lunar Transfer Trajectory. Earlier, the spacecraft’s orbit was progressively increased five times during July 23 to August 06, 2019.”