NASA refers to ISRO Chandrayaan-1's crucial discovery, says 'It's raining on the Moon'

Chandrayaan 1, India's first lunar mission launched on 2008 by the Indian Space Research Organisation, was the first spacecraft to detect water on the moon in 2018. 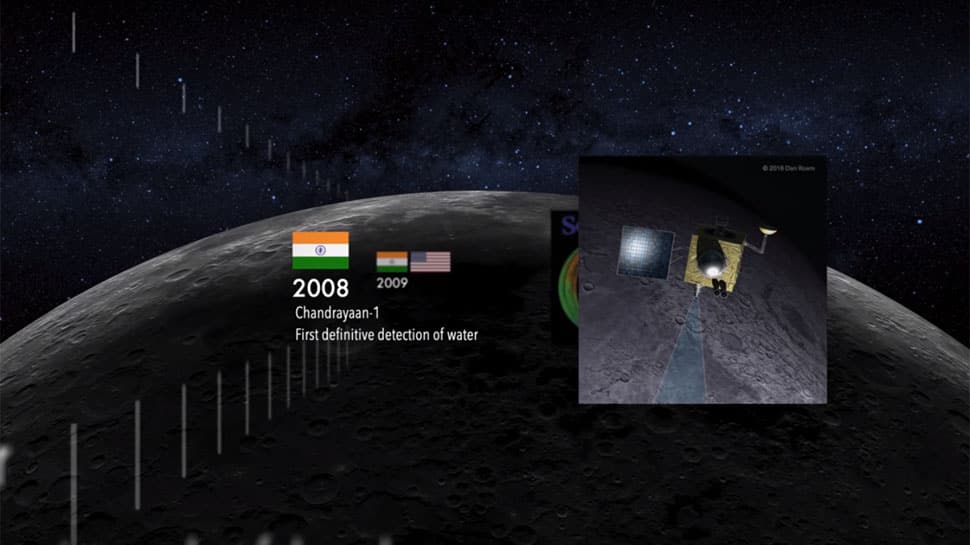 In a significant discovery, NASA scientists have confirmed that water is being released on the lunar surface during meteor showers. A four-minute Director's Cut 'Water Released from Moon' video published by NASA Goddard alludes to India's Chandrayaan 1 spacecraft which helped the space agency confirm the presence of frozen water deposits on the lunar surface.

“It’s raining … on the Moon?! Scientists have discovered that water is being released on the lunar surface during meteor showers. Get more details,” tweeted NASA along with a video (Watch it below).

Scientists have discovered that water is being released on the lunar surface during meteor showers. Get more details: https://t.co/wgtXyXnjMA pic.twitter.com/iK28nAlGiR

“The first definitive discovery of water was made in 2008 by the Indian mission Chandrayaan 1 which detected hydroxyl molecules spread across the lunar surface and concentrated at the pole,” says the narrator of the video.

READ: ISRO planning 7 interplanetary missions, including a solar probe, within a decade

Previous models had predicted that meteoroid impacts could release water from the Moon as a vapor, but scientists hadn’t yet observed the phenomenon. It was finally confirmed by NASA’s robotic mission Lunar Atmosphere and Dust Environment Explorer (LADEE) which orbited the Moon to gather detailed information about the structure and composition of the thin lunar atmosphere.

“The findings will help scientists understand the history of lunar water — a potential resource for sustaining long term operations on the Moon and human exploration of deep space,” said NADA. Now, the team has found dozens of such events in data collected by LADEE. The newly identified meteoroid streams occurred on January 9, April 2, April 5 and April 9, 2014.

“We traced most of these events to known meteoroid streams, but the really surprising part is that we also found evidence of four meteoroid streams that were previously undiscovered,” said Mehdi Benna of NASA’s Goddard Space Flight Center in Greenbelt, Maryland, and the University of Maryland Baltimore County.

“There’s evidence that the Moon has water (H2O) and hydroxyl (OH), a more reactive relative of H2O. But debates continue about the origins of the water, whether it is widely distributed and how much might be present,” NASA says, adding that lunar's surface is extremely dry. “This concentration is much drier than the driest terrestrial soil, and is consistent with earlier studies. It is so dry that one would need to process more than a metric ton of regolith in order to collect 16 ounces of water.”

Chandrayaan 1, India's first lunar mission launched on 2008 by the Indian Space Research Organisation, was the first spacecraft to detect water on the moon in 2018. The data showed evidence for frozen water “in the exosphere of Moon, on the surface of Moon and also sub-surface (tens of meters deep),” said ISRO in a statement.

The Chandrayaan-I spacecraft started suffering from several technical issues and stopped sending radio signals on August 28, 2009. Shortly after this, ISRO officially declared the mission over. The probe, which was intended to operate for two years, achieved 95 per cent of its planned objectives in under a year of its space journey.

India’s second lunar mission Chandrayaan 2 is likely to be launched in the first or second week of July 2029.