Water on mars turns out to be mud, scientists reveal secret of mysterious radar signals

New research disproves the presence of liquid water on Mars and reveals that what scientists supposed to be water for years is nothing but mud. 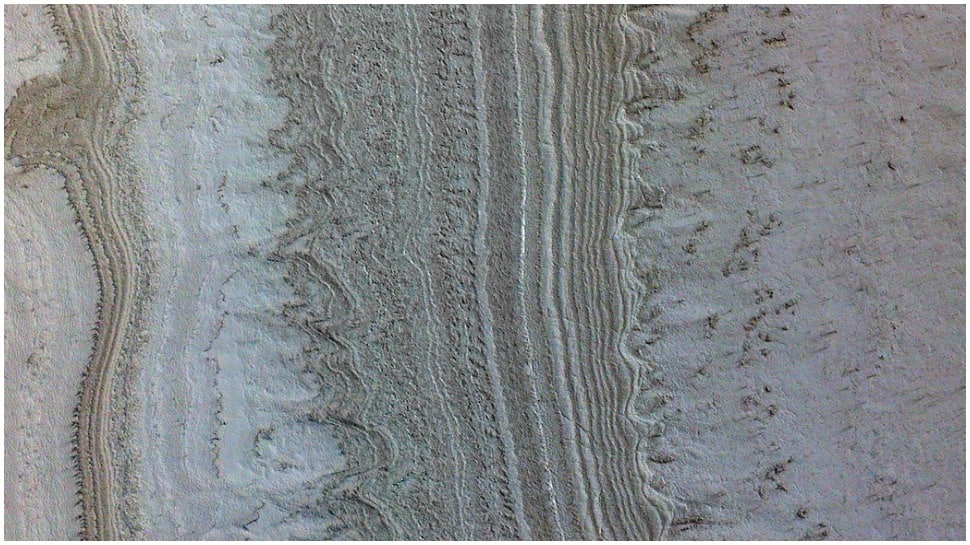 Speaking to SYFY WIRE Aditya Kumar Khuller said,  “We do not believe that the bright subsurface reflectors represent liquid water, because it would require anomalously high amounts of heat to allow liquid water to be stable at these locations.”

“In addition, there are some places where the bright reflectors extend close to the surface, where it is too cold for even brines to be stable in liquid form,” added Khuller.

To prove the new theory researchers needed the freezing environment like that on the south polar cap of Mars which was facilitated by Issac Smith of York University in Canada who used smectite samples to demonstrate the hypothesis.

Smith immersed smectite samples from the earth in liquid nitrogen to freeze them to -58 degrees Fahrenheit and recreated the extreme cold ambiance not exactly but approximately to that on the south pole of Mars. He measured the interactions with radar signals and it roughly matched the actual signals from the MARSIS observations.

“Smectite is abundant on Mars,” Smith said. It covers about half of the planet, especially in the southern hemisphere. This knowledge, combined with the mud’s low-temperature radar properties, suggest that smectites are the most likely explanation for the mystery.”

Sky in Turkey turns green like Sci-fi movie, was it UFO or some satellite? Watch