She will head directly to Chharabra near Shimla to review the under-construction house of daughter Priyanka Vadra. 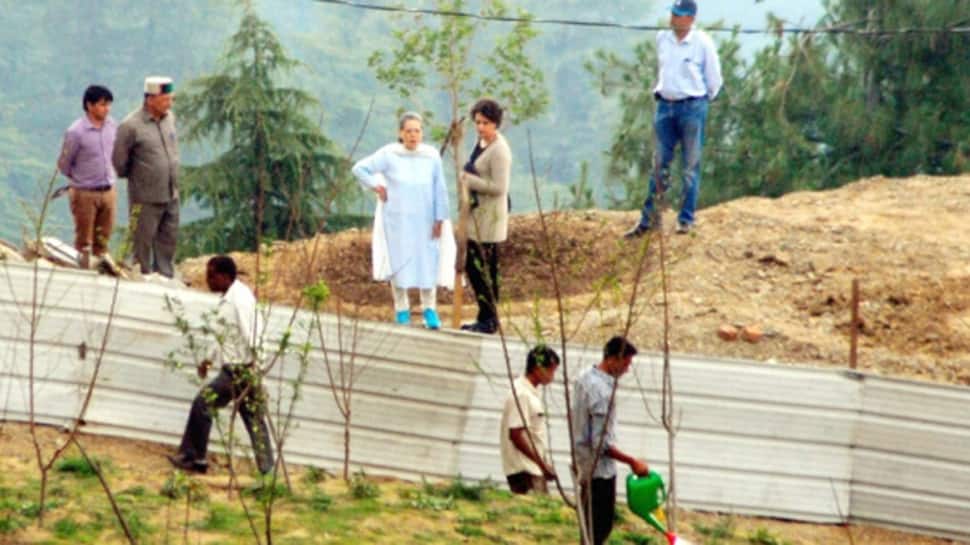 Former Congress president Sonia Gandhi on Wednesday reached Shimla for a two-day trip. She will head directly to Chharabra near Shimla to review the under-construction house of daughter Priyanka Gandhi Vadra. The house was reportedly purchased from US-based Satish Kumar Sood and Satinder Sood in 2007. The three-and-a-half bigha agricultural plot is located at a height of more than 8,000 feet.

It was a two-storey five-room cottage which was pulled down as Priyanka wanted the house to have the look and feel of the surroundings. The land, however, has been caught in a row owing to its proximity to The Retreat, the summer holiday resort of the Indian president.

The Himachal Pradesh High Court had issued a notice to Priyanka in connection with a land deal in Shimla’s high-security zone. The notice was issued on a petition filed by RTI activist Dev Ashish Bhattacharya who had sought details of the property and permissions granted by the state government under section 118 of HP Tenancy and Land Reforms Act.

The visit comes days after the Congress Plenary session which was held in Delhi. While Sonia and Congress President Rahul Gandhi were at the forefront of the event, Priyanka is believed to have handled all the arrangements to make the event a success. On the last day of the 84th Congress plenary, slogans of ‘Priyanka Gandhi zindabad’ were raised along with ‘Rahul Gandhi zindabad’ at the Indira Gandhi Indoor Stadium in the national capital on Sunday.