Astronomers discover one of the most ultra distant galaxies in the universe!

The first stars and galaxies condensed out of the cloud and started to emit light and ionising radiation. 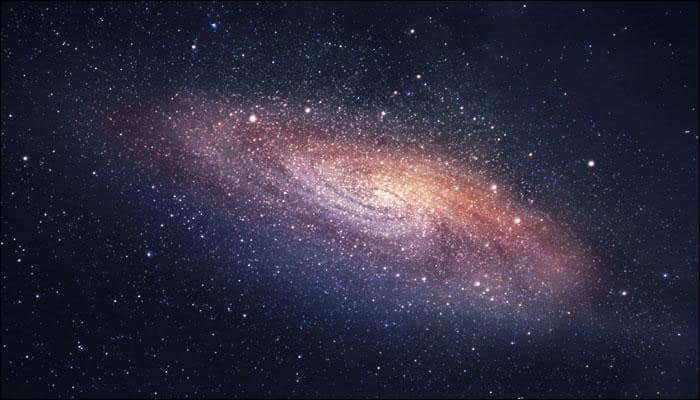 New Delhi: The universe we all are a part of is an enigma that has scientists across the globe seeking answers to its birth and evolution for the longest time.

Even though scientists and astronomers have managed to bring to the fore many revelations and discoveries, it is still safe to say that there are manifold secrets that the universe is still hiding.

One of those secrets is galaxies. We have always known that the universe harbours an indefinite amount of galaxies, which over the last 20 years, scientists have estimated to be around 100 to 200 billion.

Now, in a new development, astronomers have discovered one of the most distant galaxies in the universe that belongs to about 13.1 billion years in the past – a period just 700 million years after the Big Bang.

"Other most distant objects are extremely bright and probably rare compared to other galaxies," said Austin Hoag, a graduate student at the University of California, Davis.

"We think this is much more representative of galaxies of the time," said Hoag.

These ultra distant galaxies, seen as they were close to the beginning of the universe, are interesting because they fall within the "Epoch of Reionisation," a period about a billion years after the Big Bang when the universe became transparent.

After the Big Bang, the universe was a cloud of cold atomic hydrogen, which blocks light.

The first stars and galaxies condensed out of the cloud and started to emit light and ionising radiation.

This radiation melted away the atomic hydrogen like a hot sun clearing fog, and the first galaxies spread their light through the universe.

"We have a before and an after, but not exactly a when," Hoag said.

The new object, named MACS1423-z7p64, is at a redshift of 7.6, putting it about 13.1 billion years in the past. To find such faint, distant objects, the astronomers took advantage of a giant lens in the sky.

As light passes by a massive object such as a galaxy cluster, its path gets bent by gravity, just as light gets bent passing through a lens.

When the object is big enough, it can act as a lens that magnifies the image of objects behind it.

Researchers are surveying the sky around massive galaxy clusters that are the right size and distance away to focus light from very distant galaxies.

While it is similar to millions of other galaxies of its time, z7p64 just happened to fall into the "sweet spot" behind a giant galaxy cluster that magnified its brightness ten-fold and made it visible to the team, using the Hubble Space Telescope.

They were then able to confirm its distance by analysing its spectrum with the Keck Observatory telescopes in Hawaii.

"We will truly witness the birth of the first galaxies which will allow us to answer the longstanding question, of where did we come from," Bradac said.

The study was published in the journal Nature Astronomy.