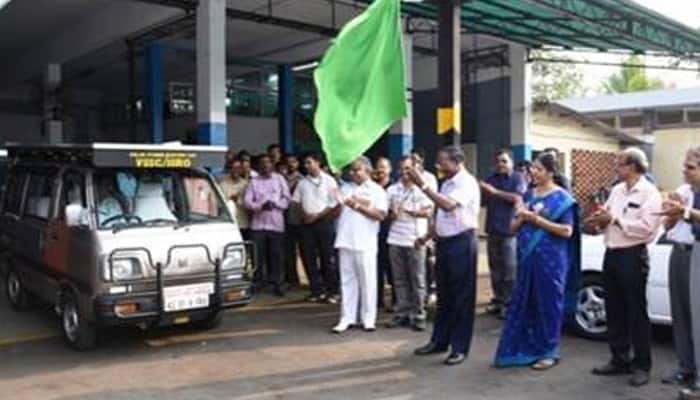 New Delhi: After creating remarkable feat in space, Indian Space Research Organisation (ISRO), in an attempt to promote the use of renewable energy sources, has come up with a solar hybrid electric car.

Since conventional vehicles using fossil fuels cause problems to environment and life, an ideal transportation system should envisage zero emission without any pollution, said ISRO.

To run the car, energy was supplied to the vehicle by lithium ion batteries, which can be recharged using sunlight, connected across high power density super-capacitors.

Other technologies that went into the vehicle include designing a solar panel on top of the car, integral gearbox, control electronics for the battery and solar panel, and a conversion kit for fitting an electric motor to a vehicle with an internal combustion engine (ICE).

The demonstration of the environment-friendly car, which also included a successsful uphill drive, was held in the last week of March.