India vs Pakistan: Stats not in favour of Men in Blue against arch-rivals at Eden Gardens

When it comes to ICC World Cup's India have never lost a match against arch-rivals Pakistan, in any format. 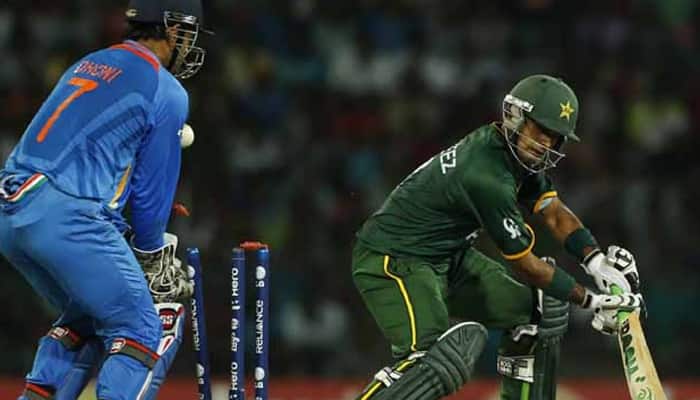 New Delhi: After all the fuss, International Cricket Council (ICC) finally decided to shift the high-profile clash of the ICC World T20 between India and Pakistan from Dharamsala to Kolkata.

Security of Pakistani players was the major reason behind the move.

However, the much-anticipated match will now be played on the same date - March 19, at a different venue though, which is Eden Gardens.

When it comes to ICC World Cup's India have never lost a match against arch-rivals Pakistan, in any format.

However, if we see India's track record against Pakistan at Eden Gardens, then it's a different story altogether.

Team India have a poor record against old-rivals as out of 11 matches, they have managed to win just one game. Pakistan have won 5 encounters and rest of the five were drawn.

Still, ahead of the much-hyped clash, MS Dhoni & Co can take heart from the fact that they have recently beaten Pakistan in the Asia Cup T20 and are in outstanding form in the shortest format.