He said the Foxes` improbable table-topping feats proves cash is not always king. 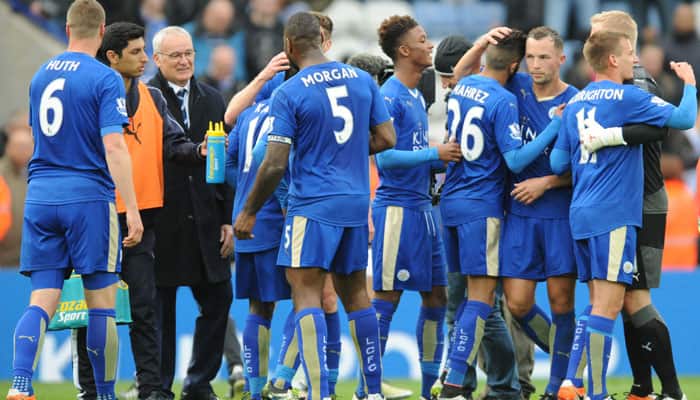 Bangkok: FIFA President Gianni Infantino on Thursday hailed Leicester City`s "fairytale" rise to the top of the Premier League as an example of football`s ability to delight with "beautiful stories".

Visiting Thailand, where he met with the kingdom`s new Football Association chief, he said the Foxes` improbable table-topping feats proves cash is not always king.

"That`s why we all love football, it`s the magic of football. And fairytales like the fairytale of Leicester are exactly showing us that football is unpredictable," he told reporters.

"Football brings us every year, everywhere in the world, these kind of beautiful stories," he said.

He was speaking in the King Power Pullman hotel, part of a downtown complex including a mall owned by Vichai Srivaddhanaprabha, the Thai duty-free billionaire backing the once unfashionable midlands` outfit.

Leicester are one win away from securing the league title, defying 5000-1 odds.

The FIFA boss is on a charm offensive to restore the battered organisation`s reputation after it was engulfed last year by a massive corruption scandal.

He said he was in favour of co-hosted World Cups, opening the door for smaller countries without massive infrastructure to hold the event.

Thai football has been mired in division and controversy after a cascade of scandals linked to deposed Football Association of Thailand chief Worawi Makudi.

Worawi, who had dominated the game in Thailand for years, is suspended from football activities by a FIFA ethics panel.

His successor is Somyot Poompanmoung, the pugnacious multi-millionaire who led Thailand`s police force until his retirement last September.

In a glowing endorsement of Somyot, Infantino said "he`s known as a person of principles, of integrity."

In the "new FIFA" he said there was zero tolerance for "wrongdoings that might have happened... I am convinced he (Somyot) is the right person to lead football in Thailand".

Somyot has vowed to clean up the sport, allocate funds fairly, raise refereeing standards and boost the quality of the Thai game -- he is also a close friend of Leicester owner Vichai.

His predecessor Worawi for years faced down fraud and bribery allegations, as well as a petition by tens of thousands of football fans urging Thailand`s junta to kick him out of his job.